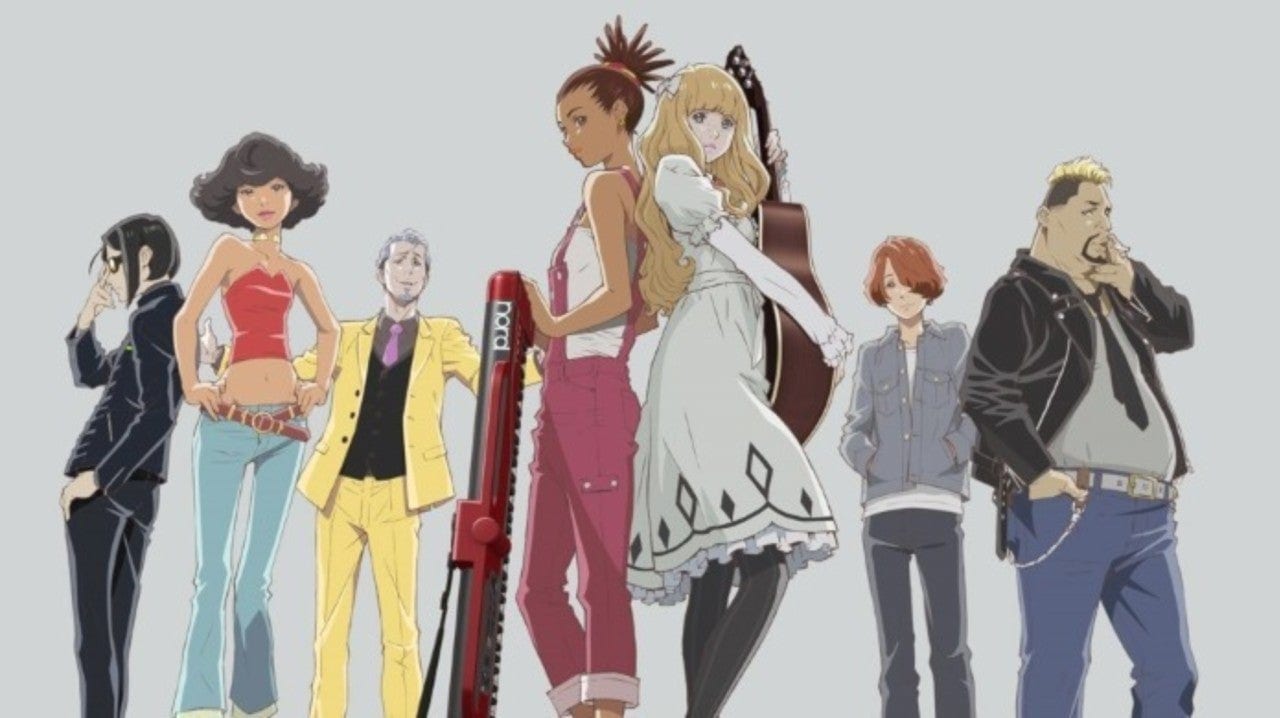 The name Shinichiro Watanabe carries a lot of weight in the anime world. The creator behind one of the greatest anime series of all time, Cowboy Bebop, as well as the likes of Samurai Champloo and more.

With Watanabe’s newest series, Carole & Tuesday, we once again have an insanely stylish instant classic, and one that manages to be surprisingly timely and progressive at the same time.

Carole & Tuesday is directed by Watanabe with animation done by Studio Bones, the acclaimed studio behind series like Fullmetal Alchemist: Brotherhood and My Hero Academia.

It’s a perfect pairing, and one that already struck lightning before with Space Dandy. Yet, Carole & Tuesday is the exact opposite of the former.

The show focuses on two young girls, obviously named Carole and Tuesday, who after a chance meeting find out that they’re both talented musicians.

At its core, Carole & Tuesday is a heartwarming tale about two young girls starting a band, and the trials and tribulations along the way.

An absolutely charming cast of characters keeps the show surging forward, from the bright and cheerful Carole to the icy model-turned-musician Angela.

As Carole & Tuesday start making music, a video of them goes viral, leading to a down on his luck former manager named Gus discovering the two girls.

The pair try to play a live show, try making a music video, and enter a talent competition along the way. It’s a serious underdog story, that has great characterization, writing, and voice acting, both English and Japanese.

While all of those surface-level things are great, it’s the underlying themes and messages that really push Carole & Tuesday forward into being a definitive anime series.

Carole & Tuesday is a musical slice-of-life anime, but it’s also sci-fi. Despite initial appearances, the show actually takes place on a settled Mars, with some seriously advanced tech.

Most musicians make music with the help of AI, while Carole & Tuesday write and play all their own music.

It’s a kind of commentary on the digitalization of music, and how in certain ways we’ve kind of lost the “heart” of music, even while gaining other things.

Carole & Tuesday also makes a serious effort to be inclusive and progressive.

There’s a wide array of different races and body types represented, something Watanabe has made an effort for in the past with series like Cowboy Bebop.

This diversity is driven home with the show’s phenomenal soundtrack, which features a wide array of original songs.

A “gangster-rapper” breaks out into an operatic solo, the Martian equivalent of Beyonce drops an entrancing ethereal track, and the show’s equivalent of a famous YouTuber pulls off a crazy catchy pop song.

The music in Carole & Tuesday is used to emphasize its multiculturalism, and it does it so well.

While this isn’t in the first season currently on Netflix, one of the latest episodes of Carole & Tuesday that aired in Japan features what might be the show’s greatest example of this.

In it, a migrant refugee artist (who’s actually voiced by American rapper Denzel Curry) raps about his oppression in a broadcast, moments before immigration enforcement bursts in and proceeds to beat and arrest him.

The scene is below, for those that might want to watch it.

It’s because of things like this that Carole & Tuesday stands out from the pack. It doesn’t just tell a good story, which it does, but it dares to say something.

The show has a vision of the future, and it uses that to create commentary on the social strife of the present. Watanabe has created incredible pieces in the past, but Carole & Tuesday takes the director’s talents to new heights.

This year has been filled with fantastic anime like Mob Psycho 100 II and Demon Slayer, but Carole & Tuesday might be the most important of them all.

It shows anime at its best, as an art form and a cultural piece. If you didn’t love Shinichiro Watanabe and Studio Bones before, you will now.