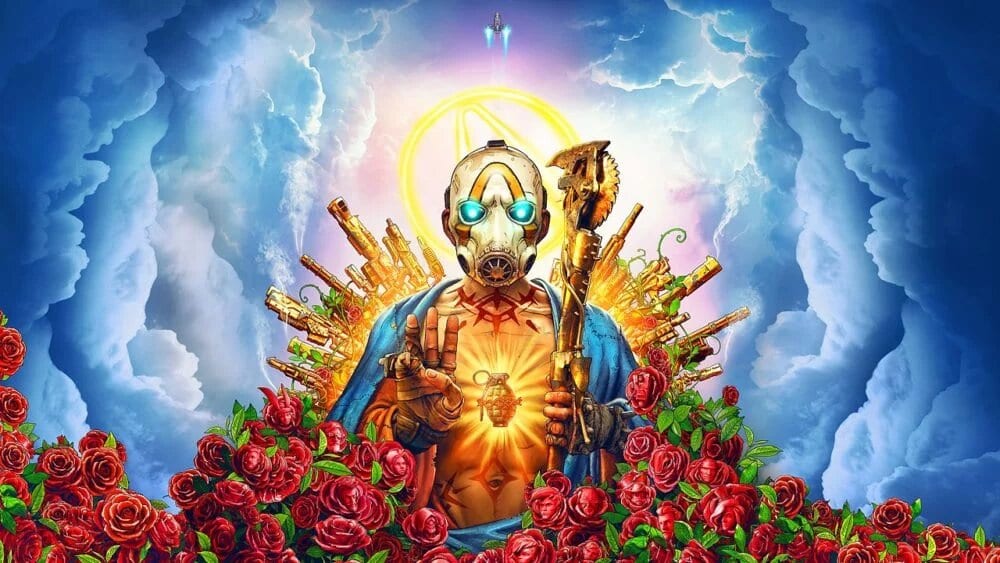 The Borderlands series is known for many things; having billions of guns, being a great co-op experience, and the “Catch a Ride” catch-phrase. But if there’s one thing that sets Borderlands apart from other FPS/looter shooters, it is its emphasis on outrageous comedy.

When the first Borderlands game came out in 2009, there were definitely some great and clever jokes thrown into the game. The blind T.K Baha saying he will “SEE you later”, Nine Toes being described as also having three testicles, and Scooter talking about someone “breaking his mama’s girl parts.”

These jokes are all thrown into the game at intervals and give a few good chuckles. The first game, however, had nowhere near the number of jokes, bits, and laugh out loud moments as later entries in the series.

Almost every character in Borderlands 2 has a certain shtick when it comes to their comedic value.

Marcus becomes much more greedy and cynical with his fire arms business, Scooter has much more plot relevance and his dumb redneck personality is turned up to 10, and Claptrap’s whole character is revamped from a helpful, break dancing robot, to this annoying, ignorant and totally oblivious troll.

All the characters from the first game were either given new personalities, or their pre-established character traits were bolstered with a comedic element.

It’s not only the side characters that are insanely wacky as well.

Borderlands 2’s main villain, Handsome Jack, is one of the most memorable video game villains out there due to the fact that the game does a great job of making you love him, while simultaneously hating him.

You hate him because right off the bat he’s a huge dick to you and everyone else on Pandora.

However, you love him because he has this ‘stream of consciousness’ comedy style that, just like the rest of the game and its characters, it’s incredibly outrageous and hilarious.

What sort of villain just randomly talks to you about naming his horse Butt Stallion, or tells you a story about getting attacked by a man wielding a spoon?

Jack isn’t like other video game villains because he’s not outright evil or insane, and he isn’t just bad for plot’s sake like Bowser in Super Mario.

He really thinks he’s the hero, but the game communicates that he’s the bad guy by giving his comedic nature a sadistic spin, which vibes incredibly well with the rest of the game’s tone.

Now, without spoiling anything, let’s talk about Borderlands 3, more importantly, the marketing campaign for the game.

When the very first reveal trailer came out, it was your typical reveal in order to hype people up for the new game in the series, but it also had some memorable comedic moments like Brick randomly having a jazz solo, and who could forget the gun with legs that could walk around?

Each trailer they released afterward was just as outrageous as the theme of the games.

The only way to describe Borderlands 3’s “So Happy Together” trailer is that it’s pretty much an acid trip of Borderlands nonsense in the best way.

Even Borderlands 3’s ads on twitter are masqueraded as typical fashion ads with a girl wearing a white dress, riding a horse down the beach, only for her to rip her skin off and reveal she’s the classic Borderlands psycho enemy.

Gearbox does a good job of marketing the Borderlands series so that it stands out from the slew of other FPS titles out there.

Comedic games usually have a lot of one-liners and vulgar humor but Borderlands 2 does a beautiful job of incorporating comedy into its gameplay as well.

This style of missions really sold the atmosphere that Pandora was a pathetic excuse for a civilization.

If you look at the nature of Borderlands 2’s missions, you’ll find that a lot of them do have a comedic nature to them.

Helping a robot become a “real boy”, blasting some guy’s house off the side of a cliff because he’s sexist and annoying, and a mission that is literally shooting someone in the face.

It also helps that during these missions, you usually have the quest-giver talking to you, giving you weird but funny commentary which means the game isn’t filled with lots of silence considering that the player characters don’t really talk much.

The blend of jokes and mission structure made the quests and overall gameplay of Borderlands 2 much more memorable than the first game.

Whether it’s plot moments, side characters, the villain, or even the marketing for new games, the Borderlands series knows their style of comedy and it pulls it off well.

The first game may not have used comedic storytelling and elements as often, but it sure did start a great franchise.

From the second game onwards, the outrageous and wacky comedy helped the series become more unique, other than the fact that it’s the only video game series to have billions of guns in it…well, kind of