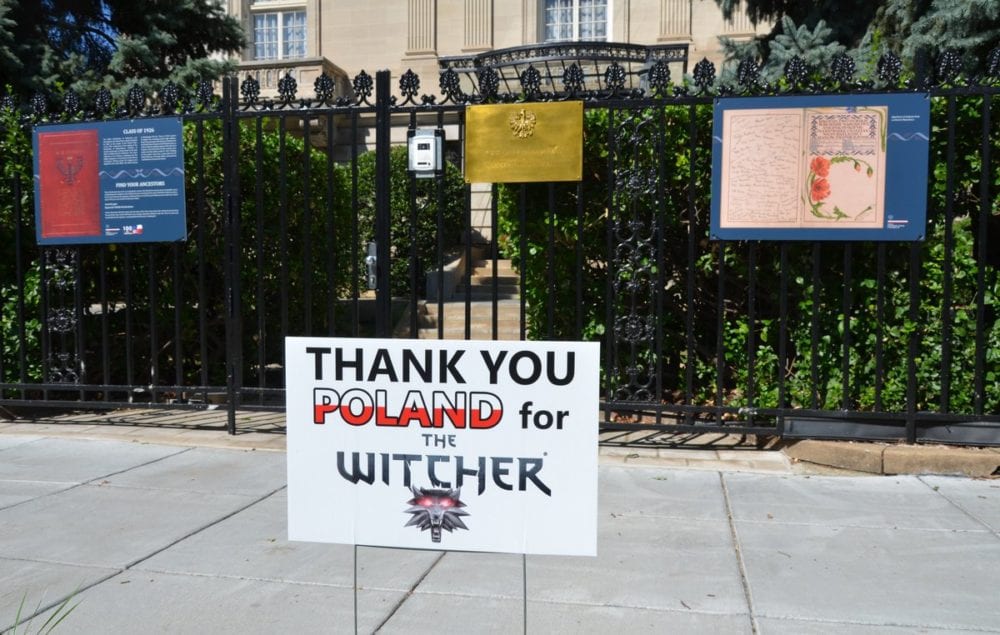 A Superfan of The Witcher has delivered an amusing and rather sweet message to the US Polish embassy today, thanking the country for creating the franchise.

[UPDATE]: It has come to our attention that the sign was hung by Reddit user NotAfraidofAlQaeda after The Witcher 3: Wild Hunt recently helped him beat cancer.

“I live a few blocks from the embassy so I decided to show a little love,” he explains.

The embassy tweeted earlier today after discovering the signage hung against the railings surrounding the building.

“Pleasant surprise in front of our Embassy. Glad you like The #Witcher from Poland too!”

The combined success of both branches of the franchise prompted Netflix to create a VOD series that’s due out later this year. Lead protagonist Geralt will be played by Hollywood star Henry Cavill.

If you’re a superfan of The Witcher franchise too then you might want to check out how The Witcher 3: Wild Hunt runs on Nintendo Switch in handheld mode.

If you can’t wait for the Netflix show then why not modify your own PC version of the game to make Geralt look like Henry Cavill?

And if you’re not up to speed with Netflix’s upcoming production then watch the show’s debut trailer.