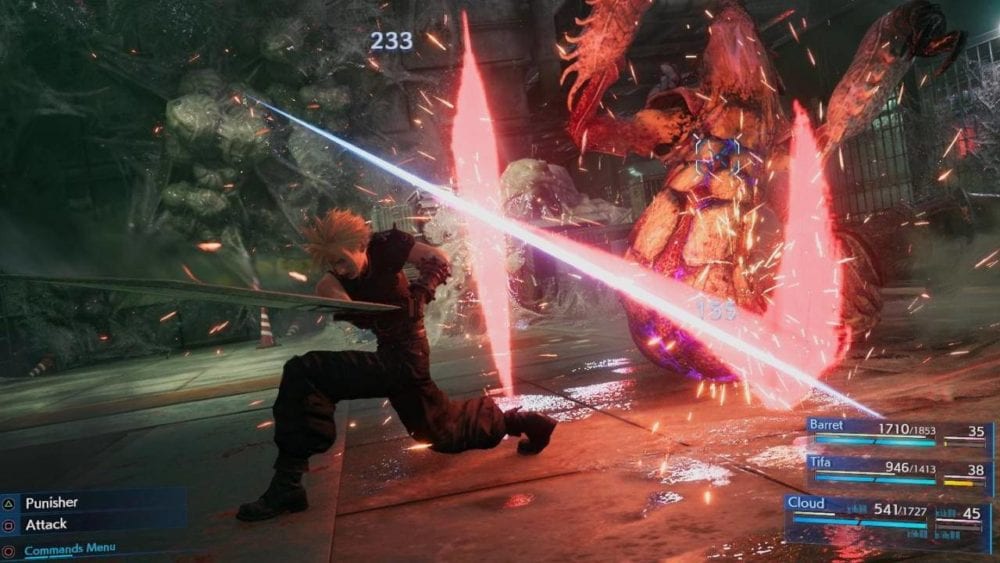 Final Fantasy VII Remake is playable at Gamescom 2019 for attendees, and a new video has surfaced showing members of the press actually play through the demo from over their shoulders.

While the demo itself isn’t actually new –it’s the same demo we saw at E3 2019–, it’s the first time we’ve seen the game being played by members of the public rather than Square Enix themselves. Not to mention, one of the first times we’ve seen Final Fantasy VII Remake controls from the perspective of somebody watching from beside the player.

The video’s commentary is by French website Jeuxvideo, so you won’t understand anything unless you speak the language, but the footage does give us some idea of how the game controls, as well as an overview of how the pause functionality works during combat.

It’s quite reminiscent of Final Fantasy XV from the looks of it. Depending on whether you enjoyed Square Enix’s last mainline game in the series that may or may not be good news.

The last time Square Enix officially presented the game was during SDCC.