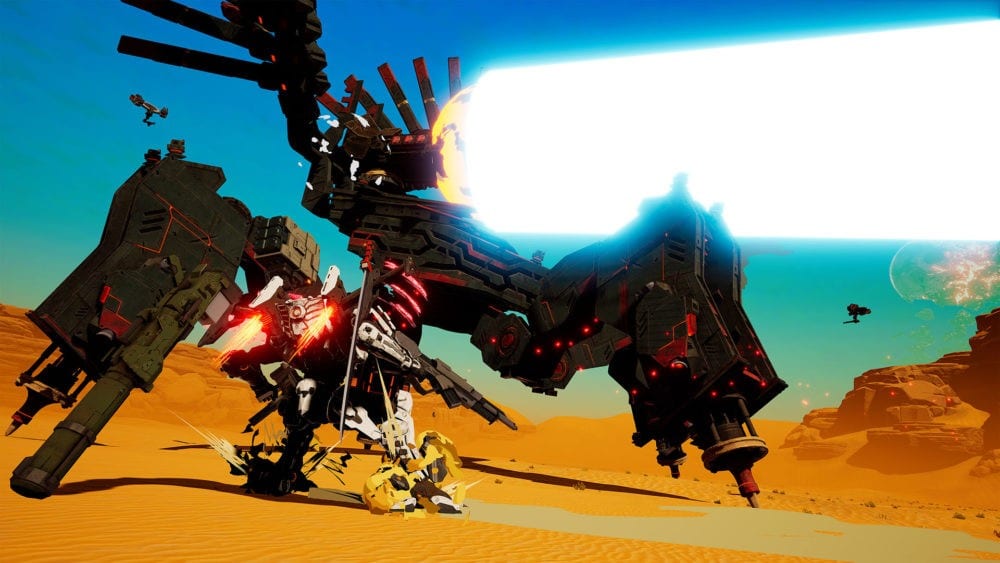 New footage of the highly anticipated upcoming mech game Daemon X Machina has surfaced from Gamescom 2019. Thanks to the folks at Gamer Santai, we get to see how the game handles from an off-screen perspective, and it from what we can tell it all looks pretty smooth.

The video showcases the player’s Arsenal mecha shootings its way through a stage, with what appears to be a boss fight taking place later on in the footage.

Elsewhere, Famitsu also has a new gameplay demonstration up for Daemon X Machina amid a detailed new article on the game, which you can view below:

If you want to see more of Daemon X Machina, check out a recent batch of videos showcasing mechs punching tanks! You can watch the game’s gorgeous anime prologue if you haven’t aready.

If you would like a flavor of how Arsenal customization works in the game’s hangar then check out this gameplay footage highlighting the various options players will have to outfit their mech throughout Daemon X Machina.

Daemon X Machina is being developed by Marvelous First Studio and will release exclusively for Nintendo Switch on September 13, 2019.  An “Orbital Limited Edition” has been announced for the European market.