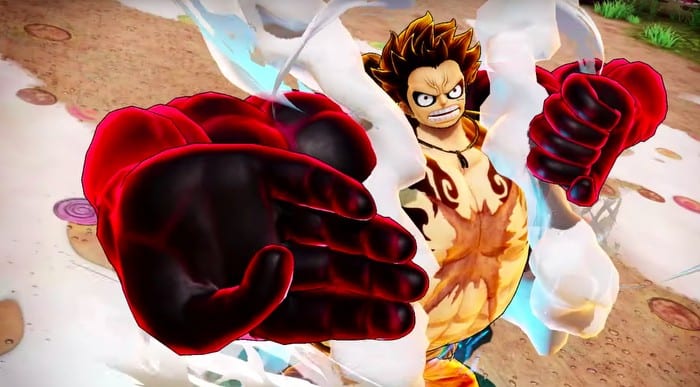 Tensions are high and the stakes higher in the latest trailer for One Piece: Pirate Warriors 4, with story elements and new gameplay modes taking center stage.

Streamed by Bandai Namco Entertainment as part of Gamescom 2019, the trailer shows off some of the story elements players can expect from the latest entry in the Pirate Warriors series.

Namely, it shows off key story beats from the Whole Cake Island arc. Dragged into a political marriage by his family, Sanji is forced to do battle with Luffy, leading to a brutal and tearful encounter. However, Luffy isn’t letting go of his crew member and friend without a fight, storming the wedding and drawing the ire of Big Mom, one of the Four Pirate Emperors.

The trailer then cuts into footage of the game in action, and it’s about what fans would expect. Luffy, Sanji and their ally Jimbei unleashes a bevy of different abilities and attacks on their enemies, who are sent flying in every which direction.

In addition to the regular array of foot soldiers, larger enemies like Big Mom can be seen taking to the field thanks to One Piece: Pirate Warriors 4’s new Titan Mode. While active, this mode sees gargantuan enemies enter the fray, posing a new challenge to players that otherwise wouldn’t be possible.

It’s a fittingly hectic display, but one which falls perfectly in line with the erratic energy and zany aesthetic of the One Piece series. Fans won’t want to pass up on viewing the full trailer down below.

One Piece: Pirate Warriors 4 is currently slated for release in 2020 on the PlayStation 4, Xbox One, Nintendo switch and PC. For more on the game, check out the recently released reveal trailer for a more cinematic take on Luffy and Big Mom’s impending confrontation.