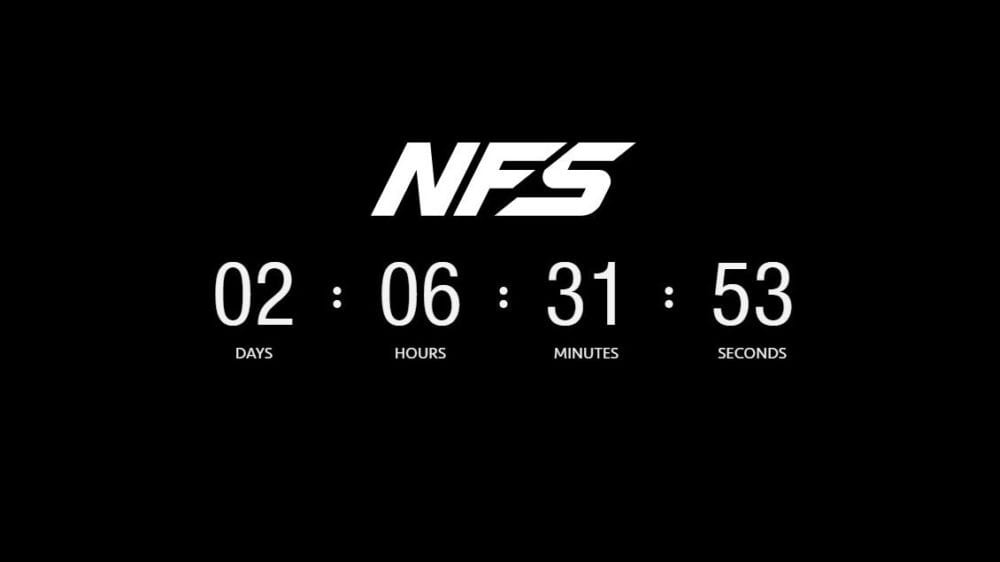 Today Electronic Arts updated the official website for Need for Speed, and apparently, the reveal of the new game is coming soon.

The countdown ends on August 14, which is just two days from now. After teasing the new game during the latest financial conference call, looks like the publisher is ready to take the wraps off the game.

At the conference call, we heard that the game would be showcased “heading into Gamescom in the next few weeks,” so a gradual reveal is quite possible. The franchise has a history of having a strong presence at the show in Cologne, but we aren’t going to go into it blind.

This year marks the 25th-anniversary release for the franchise, so it’s likely that the development team will pull all the stops on the game.

In a blog post back in May we heard that the game will still have its foundation in cars and customization, but innovation is also a relevant goal for the development team:

“Our goal is to deliver a truly memorable high-speed entry into the 25 years of NFS, rather than a series of promotional events. The game matters most – a sentiment we bet you share with us.”

Of course, you can expect to read all about it here on Twinfinite as soon as something is unveiled. We’ll also be at Gamescom, so if news do come there, we’ll be ready to report about them.