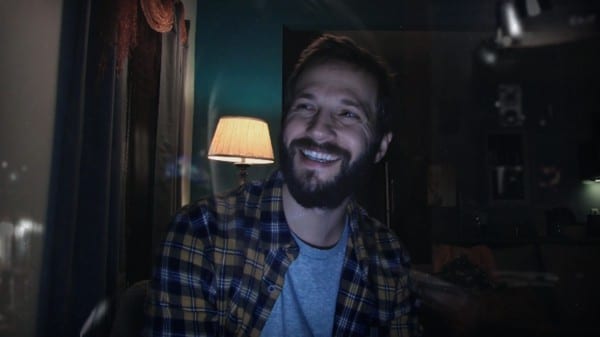 Telling Lies, the new game from the creator of Her Story, is out now and it’s the kind of game you’ll want to play in long sittings so that you can get fully invested in the mystery. So that you know how long to set aside for it, here’s everything you need to know about how long Telling Lies takes to beat.

If you weren’t aware, Telling Lies is similar to Her Story, in that it focus on live action recorded segments and you need to work out the central mystery by watching them and remembering all the information you’re told.

It’s the kind of game where you’ll want to take notes while playing so that you remember all the important things.

Telling Lies is available on both PC and mobile devices, so you can choose how you play, but it’ll likely take you somewhere between four and six hours to beat.

Therefore, you could probably squeeze out a playthrough in one sitting, if you’re quick, but it’ll be perfect for two sittings for most players.

Since the live-action video and overarching story are so compelling though, you’ll probably want to play as much of it as you can without being distracted.

Also, since there are hundreds of files to sift through, you might be quicker if you work out the mystery quickly and don’t have to watch all the video clips that are available to you.

Also, if you played Her Story, expect to spend more time with Telling Lies. As you’d expect from a new, more recent game, it’s about twice as long to beat.

That’s everything you need to know about how long Telling Lies takes to beat. For more tips and tricks on the game, be sure to search for Twinfinite.