There’s more The Witcher on the way after all. CD Projekt Red (CDPR) announced as part of its H1 (first half) earnings report that the company is to adopt a Witcher/Cyberpunk dual-franchise model moving forward following continued strong sales of The Witcher 3.

Indeed, the publisher sold more copies of The Witcher 3 in 1st half of 2019 than the same time frame in 2018. And it’s presumably set to continue that performance when the game launches on Switch later this year.

“Our financial results for the first half of the year again was mainly affected by sales of The Witcher 3, which remains strong. This further confirms our belief that investing in top quality games pays off.”

CDPR outlines its intent to adopt a dual-franchise model in a report summary:

“The company believes that maintaining the observed growth dynamics and expansion of its activity profile will depend on further enhancement of its world-class video game development skillset and on maintaining effective communication channels with the global gaming community.

“Further results of the CD Projekt Capitol Group will also depend on the popularity and progress of development of Gwent; The Witcher Card game.

The Gwent team currently focuses on porting the game to mobile devices, on adding new content, card sets, and vanity items, as well as organizing regular in-game events with the aim to attract and retain gamers.”

Elsewhere, we learn a little more about the dynamic and gender diversity of CDPR’s development team. Notably, 25% of the staff are female. 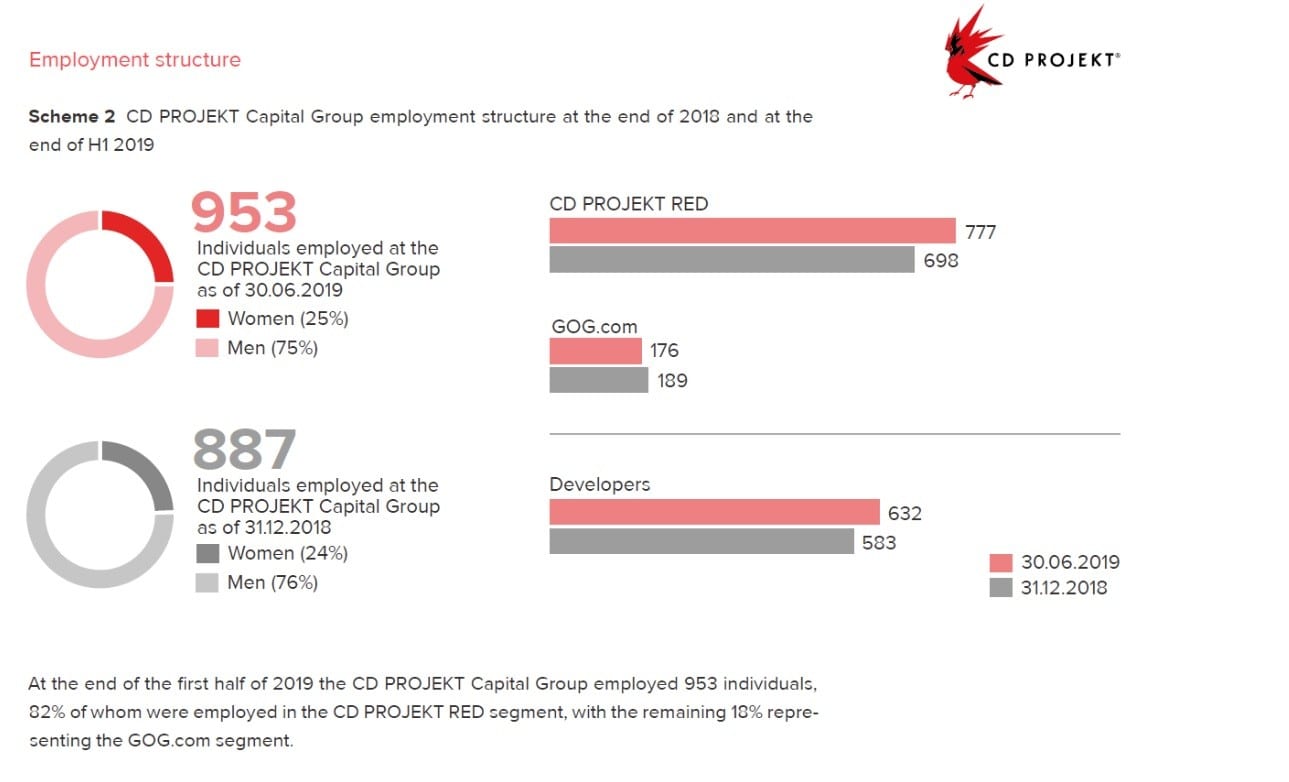