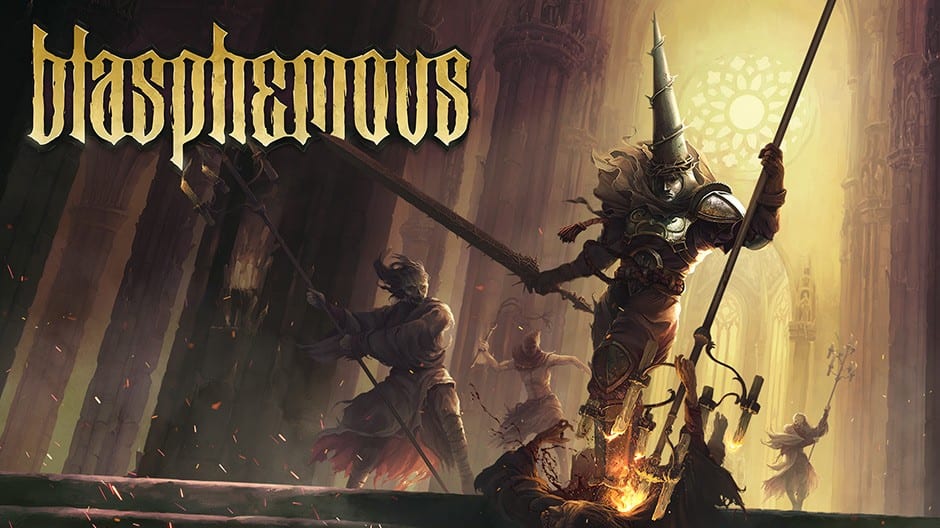 Blasphemous, a gruesome action-platformer in development by The Game Kitchen has been confirmed by their publisher Team 17 that the game will release on the Switch, PS4, Xbox One and PC on Sept. 10.

The release date trailer reveals the rotting kingdom of Cvstodia, where almost the entire population has transformed into beasts and nightmarish ghouls due to a curse known as ‘The Miracle.’ Players take on the role of the Penitent One, donned with a barbed elongated mask wielding a cruel-looking sword, and your journey is filled with an “endless cycle of life and death.”

The Game Kitchen goes into detail on the world and combat:

Explore this nightmarish world of twisted religion and discover its many secrets hidden deep inside. Use devastating combos and brutal executions to smite the hordes of grotesque monsters and titanic bosses, all ready to rip you limb from limb. Locate and equip relics, rosary beads and prayers that call on the powers of the heavens to aid you in your quest to beak your eternal damnation.

Can’t wait to fight a gigantic demonic infant and other terrifying evils? Blasphemous will cost $24.99 when it launches this September.