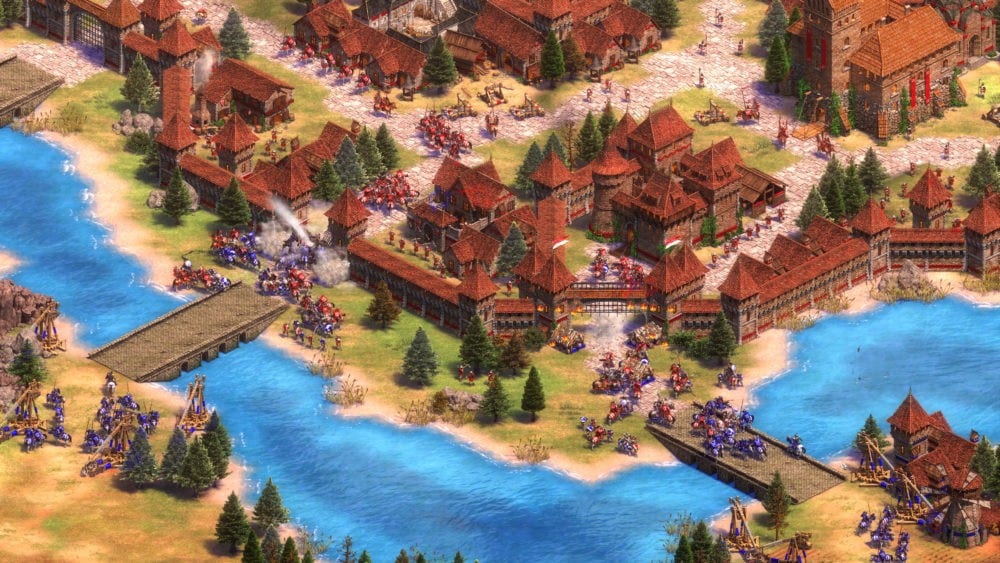 Microsoft announced today that Age of Empires II: Definitive Edition will be releasing on Nov. 14 for Steam and the Microsoft Store on PC.

The remaster of the classic 1999 strategy game will feature 4K Ultra HD graphics, a new and remastered soundtrack, and new content including four civilizations and three campaigns titled “The Last Khans.”

Age of Empires II: Definitive Edition can be pre-ordered through Steam, the Microsoft Store, and will launch the same day for Xbox Game Pass for PC. The game will offer cross-network play between the Steam and Windows 10 versions.

Microsoft also announced that Age of Empires: Definitive Edition is now available on Steam for $19.99 and Xbox Game Pass for PC subscribers beginning today, and also features cross-network play between the versions.

The game originally released last year for the Microsoft Store on PC, so existing owners will need to download a new client from the store to take advantage of cross-play.

The company noted that the download is free and that all “existing save games, campaign progress, and achievements are preserved.” All achievements earned in the original will carry over to the new version, and will also count towards players’ gamerscores for double the points.