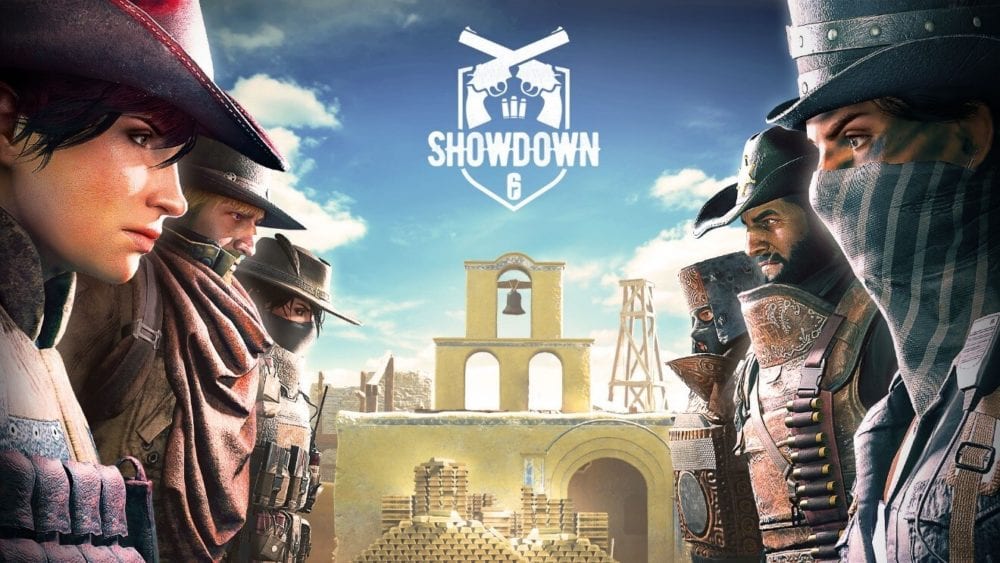 Dust off your snakeskin boots, pour a glass of whiskey, and polish up those rifles because Rainbow Six Siege just added a new Western Styled Showdown Mode.

Taking place between July 2 and July 16, the new event pairs off two clashing posses: The Graveltop Gang, a team of three defenders looking to steal a pile of riches before the timer runs out, and the Law, a group of rule-abiding attackers that are looking to stop the gang at all costs.

This new Showdown game mode is a creative take on the standard Secure Area mode in Rainbow Six Siege, but with a twist. Unlike Secure Area, this event is a 3v3 showdown that is a race between teams to secure or defend the gold.

The Law team is made up of attackers Capitão, Ash, Maverick, Glaz and Twitch while the Graveltop Gang are defenders made up of Maestro, Kaid, Caveira, Alibi and Rook.

Each round takes place over 90 seconds and regardless of which operator players choose, they will all wield the same two weapons (the BOSG.12.2 shotgun and the Magnum LFP586 revolver) that help reinforce the western theme.

In Showdown, information is scarce, with a limited HUD and no reinforcements, this new event will surely lead to many quick-draw moments as each team has an old fashioned cowboy shootout for the gold.

As with any Rainbow Six Siege event, it would not be complete without its share of new cosmetics and skins for players to earn. Containing 31 new items, the Showdown Collection Pack is sure to contain some western apparel for your favorite operators.

For any player that logs in during the run time of the event, they will receive a free Showdown Collection Pack as a participation reward for playing. Players can also purchase packs individually for 300 R6 credits each.

Check out the new Rainbow Six Siege mode, Showdown, before the dust settles on July 16.