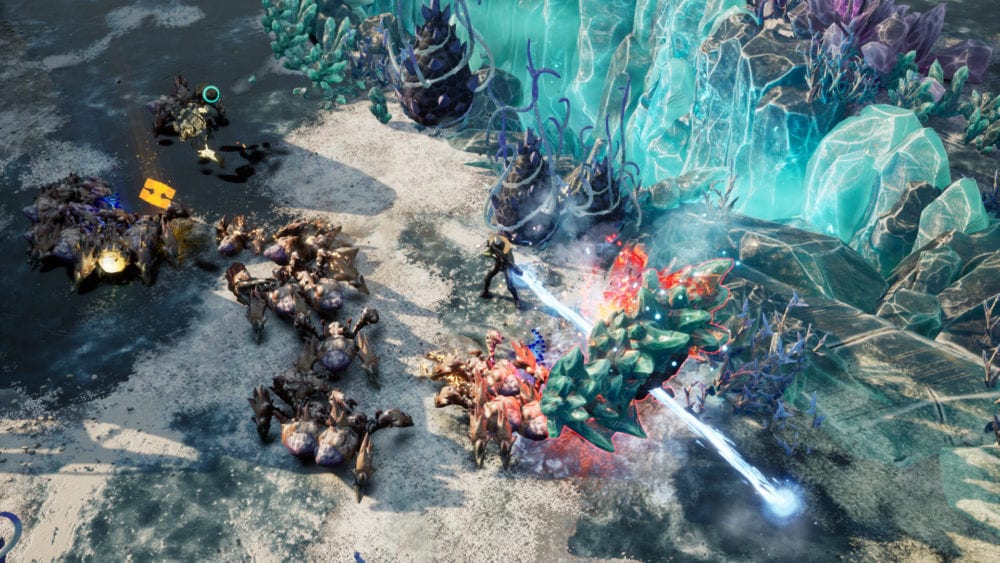 Killsquad is the latest Steam Early Access game to make a big impression on lovers of action-RPG games. With awesome gameplay, a co-operative mode, and a compelling Diablo meets sci-fi aesthetic, many console gamers are understandably hankering to get in on the action. So is Killsquad coming to PS4? Here is everything you need to know.

What You Need to Know About Killsquad Coming to PS4

There is good and bad news for console gamers keen to try their hand at developer Novorama’s latest game.

The first thing you need to know is that, yes, Killsquad is coming to PS4 (along with other consoles) when it launches as a full version. Unfortunately, that isn’t scheduled until 2020, so there won’t be any way to play to the game other than via Steam on a PC until that time.

It’s a bit of a bummer but probably not one that should come as a great surprise to anyone. Indie games are often developed first for PC and honed during an extended beta period like Steam Early Access.

While it is a shame console gamers won’t have access to Killsquad until next year, they can at least take solace in the fact that the full version will have been polished as a result of 6-12 months of beta testing on PC.

The exact release date for the console version hasn’t yet been confirmed, but as soon as we hear anything further then we’ll be sure to keep you posted.

For now, that is all there is to know about whether Killsquad is coming to PS4.

For more tips and guides on the game, Twinfinite will be continuing its coverage across news, guides, and features moving forward. As always, sound off in the comment section below if you’re not finding what you are looking for.