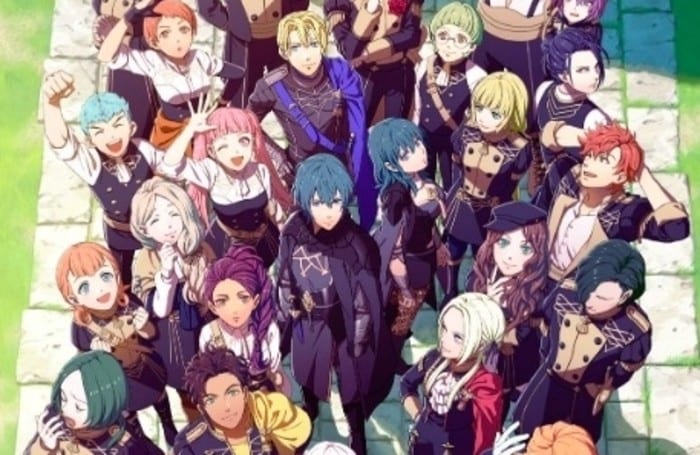 Fire Emblem: Three Houses is now out for the Nintendo Switch, bringing the strategy RPG to consoles for the first time since the good ol’ Wii days. Considering that the fanbase is bigger than ever thanks to the Fire Emblem characters gaining popularity in Smash Bros., people are so down to jump into this new entry, especially with the three split storylines this time around.

Golden Deer, Blue Lions, and Black Eagles are the talk of the town right now and have led Fire Emblem: Three Houses to become a trending topic on Twitter, which means that there are tons of hilarious memes out there to see.

We’ve done you guys a favor and rounded up some of the best ones that we’ve come across today –you’re welcome!

So you’re telling me that you can’t pet the dog or the cat? You must be kidding me:

WHY CAN'T I PET THE CAT #FireEmblem#ThreeHouses#NintendoSwitchpic.twitter.com/8rnVR5FoT9

If Dedue is 18, then you might as well call me an infant — just look at all of that grey hair:

Well, at least now he can play all three routes at the same exact time, right?

I asked my Mom to buy me Fire Emblem: Three Houses.

I think she got confused because she purchased enough copies to fill three houses. pic.twitter.com/YmKPD9KXfq

This is legit the only reason that most people picked up this game, for the romance:

There’s never a bad reason to skip class and take a nap:

He just fucking left for no reason other than to take a nap #FireEmblem#ThreeHouses#NintendoSwitchpic.twitter.com/Nu2vNwTGTZ

Maybe you should try opening the mailbox one more time?

my fire emblem copy isn't there what the fuck how do i fix pic.twitter.com/h0GC6GFX8x

Was I the only person clicking that button over and over again last night?

Me waiting for Fire Emblem : Three Houses to Unlock pic.twitter.com/9pmV92w3ql

Is gas really that important?

my dad needed gas money so i gave him my fire emblem money pic.twitter.com/4AhzkUjDEo

I hope you guys are ready for me to go absolutely feral for Fire Emblem: Three Houses starting tomorrow. No spoilers I promise, but this will be a Claude Thirst Twitter™️, so fair warning pic.twitter.com/26k3dgIjGH

This is going to be everyone for the entire weekend once they get their hands on Three Houses:

Me on the 26th saying farewell after grabbing my copy of Fire Emblem: Three Houses for the Nintendo Switch pic.twitter.com/GXGQ5zVLIY

For more on Fire Emblem: Three Houses, make sure to read our scored review, our opinion piece about the game being beginner-friendly, and 7 improvements that Three Houses has over its predecessors.