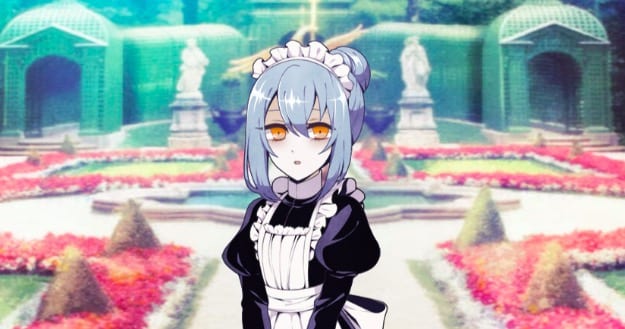 It has only been over two years since the Nintendo Switch first launched, as well as the Switch eShop. Third-party developers and indie developers alike seemed to have found a home for smaller, less graphically demanding titles thanks to the ease of working with Nintendo on ports and even new titles –it’s easy to see how the eShop has managed to reach over 2000 titles on the digital storefront.

With that being said, it’s a fact that not every single game is going to have the same quality as the next. Next to decent ports like Doom and Wolfenstein II, you’re going to have terrible mobile ports with even worse localization and then alongside big AAA Nintendo stuff such as Fire Emblem: Three Houses, you have a game like Caged Garden Cock Robin.

We’re not here to say that this horror mystery visual novel is a bad game by any means, but it’s games like this that give a bad name to the Switch eShop.

By simply reading the description on the eShop page, you can see that the publisher/developer, SEEC, didn’t do a bang-up job when it comes to localization.

Here are the first few sentences of the description: “Multi-ending-system in which selection changes ending. After seeing eight endings, what is waiting――…? A girl who was apprenticed to an old castle rumored as a nest of monsters.”

It’s not as bad as games like Vroom in the Night Sky –which is categorized as a “Magical Bike Action Game with Realistic Feeling”– but after reading that, you can tell that it wasn’t originally made with English text, which is unfortunate.

We’re not sure what the actual process is for devs to put their titles on the Switch eShop, but I think that games like this should have some type of criteria that are being met before it goes live.

Now, if you were wondering what the deal with Cock Robin is, then you should know that it is apparently based off of an old English folk tale or nursery rhyme of sorts that talks about several animals helping a robin after it was killed.

It might even refer to the tale of Robin Hood simply because of the “high esteem in which Robin was held by the common folk.”

Caged Garden Cock Robin will be out on the Switch eShop on July 25 and is available for pre-purchase for $9.99. If you look at the App Store reviews for this game, it actually has a 4.9 rating but with only 18 total reviews –so take that with a grain of salt.

We’re not sure if the game is any good, besides that small number of mobile reviews, but this is definitely one strange game that is gonna have a hard time standing toe-to-toe with other big releases this week such as Fire Emblem: Three Houses and Wolfenstein: Youngblood.