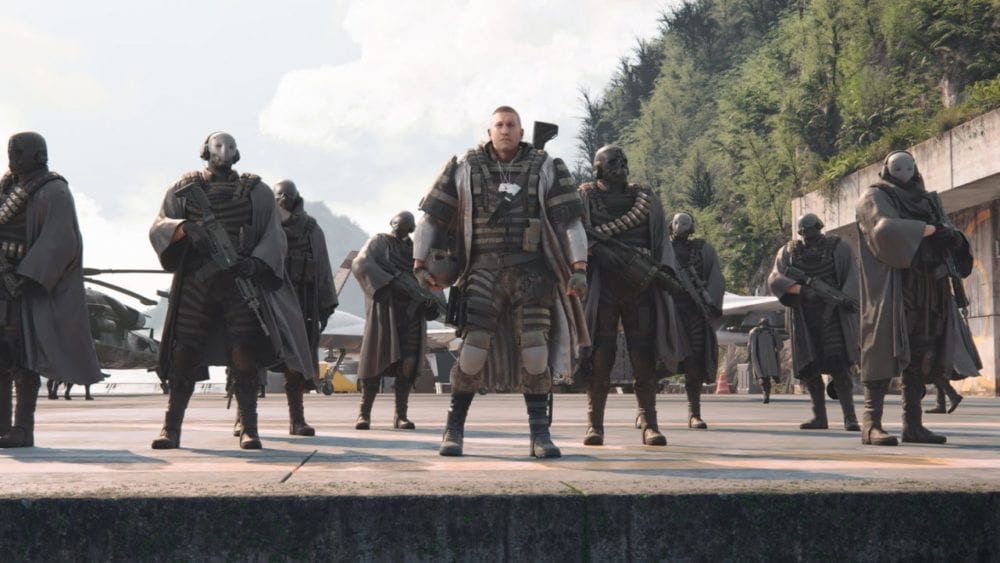 Set in the dystopian world of Tom Clancy’s near future, the Ghost Recon games are hardcore military sims with a focus on realistic military tactics.

Jon Bernthal, best known for portraying Shane from the Walking Dead and Frank Castle in The Punisher, himself appeared on stage to talk about his involvement in the game.

Bernthal plays Cole D. Walker, a former Ghost leader of the Wolves, a rogue group of Ghost operators that have taken control of a region in the Auroa Archipelago. Walker is a charismatic and hardline military leader veteran players will recognize, and his Wolves are the most dangerous enemy the Ghosts have ever faced.

The Auroa region that Breakpoint takes place is a large and diverse open world, featuring 11 different biomes. From futuristic cities to snowy mountains, freezing fjords, and barren deserts, to dense jungles and open plains. This variety means there will be loads of options for the approach, and plenty to learn when it comes to surviving in the wild.

Check out the cinematic trailer for yourself below, and Ubisoft have also released a behind the scenes look at how Bernthal has brought this character to life.