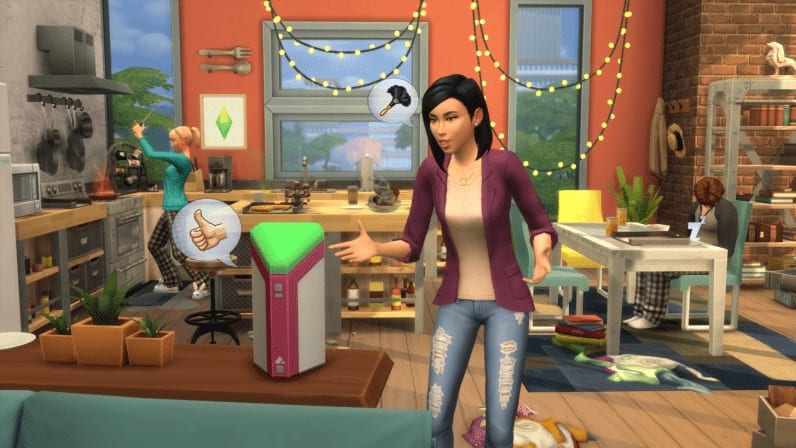 Here’s How to Pay Bills in The Sims 4

In previous iterations of The Sims, there was only one way to cover the bills and that was the good old-fashioned mailbox method. That method, which we’ll discuss below, still remains in The Sims 4, but because this game is more current than previous iterations, you can also pay them the 21st Century way via phone or a computer. Let’s talk about how to cover the bills using those methods.

How to Pay Bills Using the Mailbox

In The Sims 4, both adults and children can go to the mailbox in front of your house and grab the bills within it. They arrive once a week and dictate your electricity, water and more.

While both adults and children can grab them, only adults can pay them. To pay the bills, simply select them or direct your Sim to do so.

When you do that, you’ll see the grand total and you’ll have the option to pay them. Hopefully, you have enough to cover them otherwise some of your utilities could be shut off. We’ll talk about what happens when you don’t later.

How to Pay Bills Using a Phone or Computer

To pay your bills using your phone or computer, get to the device’s main screen. You should spot an option to pay bills with a total of the bills in parenthesis.

Select that option and assuming you have enough Simoleons in your bank account, you’ll be set. Let’s talk about what happens if you don’t have enough.

What Happens If You Don’t Pay the Bills

It’s important to note that when these utilities are shut off, the extent of their shut off is extended to your restaurants and businesses too. If you live in an apartment, the landlord could refuse to repair things in your living space. However, unlike in previous games, there is no repo man that will come and take your stuff to make up for the lack of payment.

That’s it for our guide on how to pay bills in The Sims 4.

For more information about The Sims 4, be sure to search for the game on Twinfinite. We also have previews, reviews, news, features, guides and more for all of your other favorite games too so keep it locked to here.