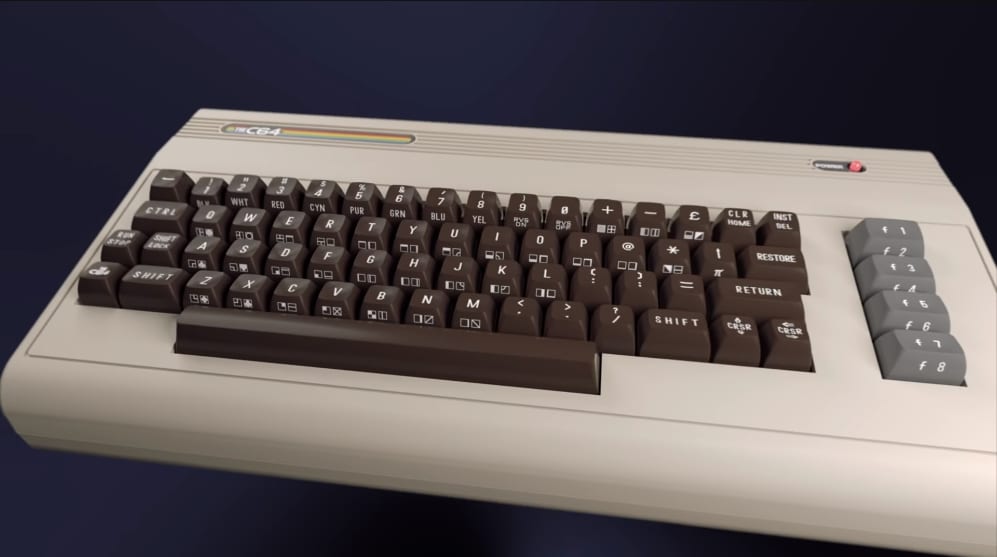 Hardware company Retro Games will be launching The C64, a Commodore 64 with a full-sized working keyboard, later this year.

The retro home-computer will include 64 pre-installed games, such as California Games, Paradroid, Boulder Dash, Attack of the Mutant Camels, Hover Bovver, Iridis Alpha, and Gridrunner.

It features an HDMI port to connect to any modern television to play games at 720p at either 60 Hz or 50 Hz alongside four USB ports to load games and files with a personal USB stick. The C64 will also include a joystick containing micro switches.

Retro Games originally announced the system in 2016 as an Indiegogo crowdfunding project, but had failed to reach its goal of $150,000. The company released The C64 Mini last year, a tiny version of the computer similar to Nintendo’s NES Classic and SNES Classic, though the keyboard on the system was not functional.

“We are delighted to be working with Koch Media once more to bring back even more of the most loved retro games ever on two of the most iconic home computers of all time, and which now has a full working keyboard”, said Retro Games Managing Director Paul Andrews in a statement. “THEC64 full size is a reimagining of the classic C64 computer and the second in a planned series of products on the way.”