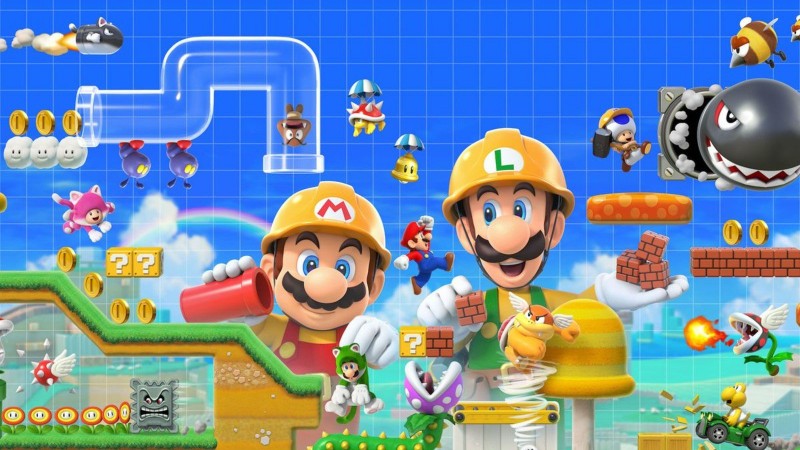 A Switch Online membership may have been hard to justify until now if you don’t find the library of NES games appealing or don’t have a passion for online multiplayer games like Splatoon 2, Mario Kart 8 Deluxe, Arms, or Mario Tennis Aces. However, if you’re going to be getting Super Mario Maker 2, now might be the time to either pick up or renew your subscription.

The first Super Mario Maker game was one of the Wii U’s best and most unique games, letting long-term Mario fans finally fiddle with a side-scrolling level designer straight from Nintendo.

A Super Mario Maker sequel or remake was a question of when rather than if, and fans can be pleased to hear that Super Mario Maker 2 is more than just the original with a few extra bells and whistles thanks to some great new features.

Super Mario Maker 2 redefines a lot of what its Wii U predecessor was capable of, mostly thanks to the Switch hardware and its portable form factor and larger influence on local co-op – thanks to players always having two controllers on hand from the get-go.

Although Super Mario Maker 2 has a pretty expansive 100 level story mode on top of local play, you’re missing a lot of the bigger picture if you don’t have a Nintendo Switch Online membership.

Considering the story mode could be a shorter Mario game of its own, you likely aren’t doing the game much justice without exploring the in-game creations of other players and uploading your own.

It’s hard to understand the range of creations possible within the Super Mario Maker games without scrolling through (or watching someone scroll through) the online level finder.

It’s not just the different Mario inspired art styles that make levels feel so different. Levels often vary from funny to infuriating, peaceful to dark, and old-school to modern.

Super Mario Maker 2 can give you the full retro experience or something fresh, but it’s via the online levels made by other players that you’ll see the most variety in creations.

All levels found online will also be created with the same tools you have access to, unlike some story-mode levels which currently use mechanics seemingly not found within the editor such as escort missions and carrying weighted objects that slow Mario down and limit his movement. 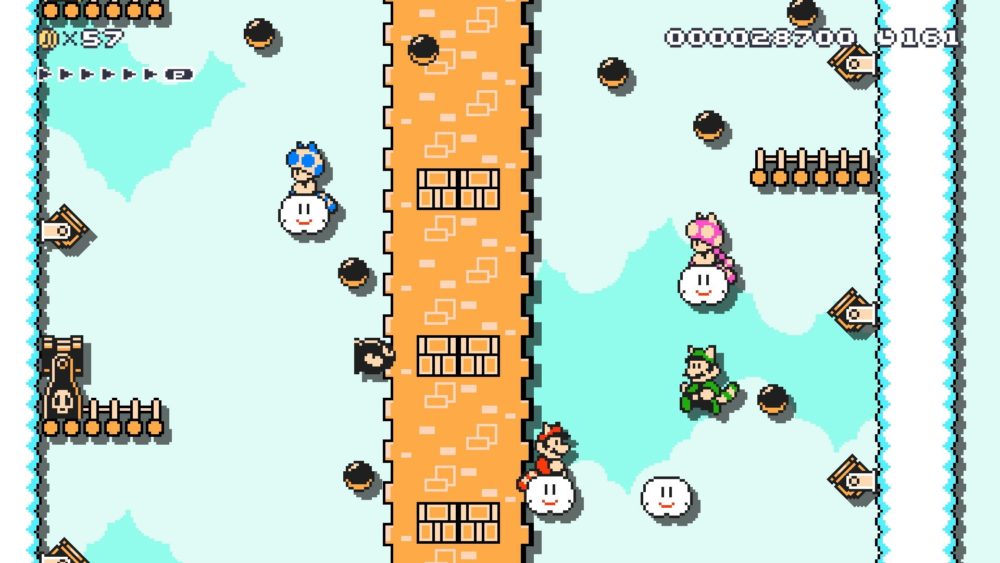 This isn’t to say previous Switch games that utilize the online subscription haven’t offered enough to justify the making the plunge, they have, but Super Mario Maker games get their best content from players accessing others creations online.

A big part of Super Mario Maker on Wii U was regularly checking in to see what players had conjured up for you while you were gone, or just jumping into a level straight from the mind of another player.

There is a great feeling of the unknown when you start a level, you could be about to play the best level you’ve ever seen, you might be challenged, you might find it easy, you might get trolled, you might even hate it. This is all part of the Mario Maker experience and it’s that aspect of chance that makes the game so exciting and diverse.

It’s fun to know that other players will have this same feeling of intrigue when they dive into your levels for the first time unless it’s all given away in the title.

The downsides are that there will likely be a lot of trends you’ll have to comb your way through – such as the rampant ‘don’t move’ courses that were present in the first Super Mario Maker as well as the many music courses.

Many of these were great but they did make up a large majority of courses making them hard to avoid. We’ll likely see similar trends reappear with SMM2, although level filters may help in avoiding these if you’re just looking for some fun platforming –time will tell how effective these are in practice.

Sure, maybe you aren’t the creative sort or plan on just playing the fun-filled new Mario levels straight from Nintendo, or maybe you have a relative or friend you want to create and play with locally.

Even then, it still may be worth picking a subscription up for a short term just to get some inspiration outwith the maker lessons and enjoy some of the endless and varied new content from fellow Mario fans.

Without a subscription, the majority of players may feel limited in their experience of SMM2.

Playing levels with friends online is also another big incentive, but currently online is limited to random players only, which is disappointing, though Nintendo says this will be added in a future update.

Games like Super Mario Maker 2 make or break themselves based on their communities, and although SMM2 arguably has the most single player content out of a lot of modern creative tools, the expanse of different ideas that can be found online well justify a subscription.

Especially if you love the game enough to stick around a while, create, and see what the community has to offer.