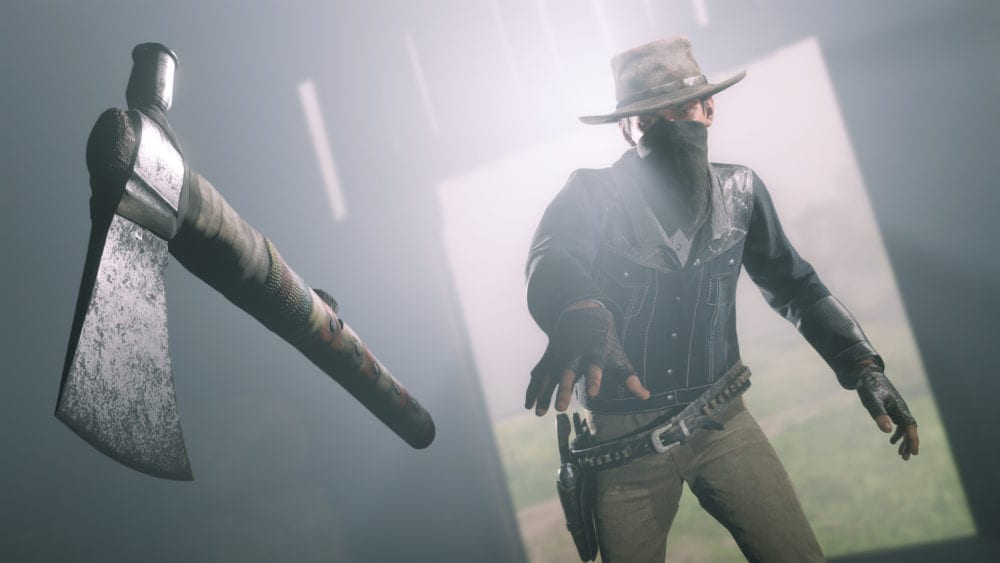 All five of the game’s fences located in Saint Denis, Rhodes, Emerald Ranch, Van Horn and Thieves Landing carry the Tomahawk and the Tomahawk themed Make it Count game mode has been added to the Elimination Series playlist.

Other previously exclusive PS4 early access items that arrive today on Xbox One include the: Perlino Andalusian Horse, Belanger Saddle, Finley Jacket, Stenger Studded Spurs and Caldwell Hat, and the emotes “Boast” and “Hey, You.”

There is also a host of new clothing items, other accessories and a temporary week long XP bonus to ability cards that you can read about at Rockstar here if you’re interested.

Notably we’re still waiting on more information about the next major Red Dead Online update set to release some time this summer which will include the addition of roles that players can take up.

The blog post today though did note that fan-requested features that include the ability to reset your character’s appearance without altering your progress and automatically retaining Playing Style preferences (Defensive/Offensive) when transitioning between game modes are in the works and will be included in the next major Red Dead online update.