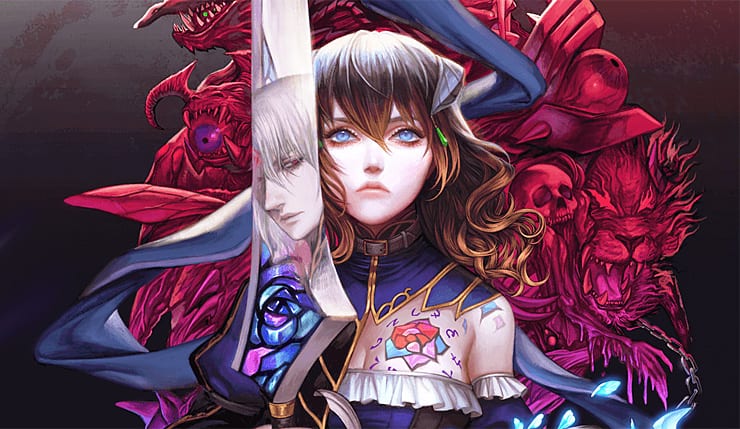 Just last week, I raved about Bloodstained: Ritual of the Night and how it was the most accessible Metroidvania that had been released in recent years. It’s a damn good game, too, as our staff writer Aaron mentioned in his review, calling it a masterpiece of a Metroidvania.

Those compliments still hold true, but if you’re planning on picking up the game on Switch today, there are a couple of things you should know.

At the time of writing, I’ve played through a fair bit of Bloodstained on Switch. Starting a new file, I’ve now sunk nearly three hours into the game, trying out new builds for a different experience on my second playthrough.

I knew the Switch version was going to be rough, especially compared to the buttery smoothness of the PS4 version, but I certainly wasn’t prepared for this level of roughness.

To start, yes, Bloodstained: Ritual of the Night does run at 30 frames per second on Switch. If you’ve already checked out the PS4, Xbox One, or PC versions of the game, you’ll know how good this game feels at 60fps, and dropping down to 30 is a shame.

That alone isn’t a deal-breaker, though; it’s the fact that all of the little issues that plagued the PS4 version are still present here, making it a much worse gameplay experience overall. There are occasional frame hitches, along with straight up freezes that can last for a terrifying five seconds before gameplay resumes.

As I made my way through the Garden of Silence and Livre Ex Machina, I also noticed a couple of very peculiar instances where the screen transition times were unacceptably long. In both cases, I was trying to get Miriam to jump upwards to the next screen, while holding left or right on the d-pad to get her on the next platform. However, in both instances, the screen transition took almost 10 seconds, and my inputs would get dropped, causing Miriam to fall back down to the previous screen, where I’d have to wait another few seconds for it to load yet again.

Getting around both screen transitions required me to jump up, and constantly mash the d-pad and jump button in the hopes that the game would register my inputs and allow me to progress. Yikes.

I’ve also played a good bit in both docked and handheld modes, and there are definitely downsides to both methods of play.

While docked with the Pro Controller, my inputs felt less precise, and this was largely due to the bad d-pad layout. With all four directional buttons having contact points that are too large on the pro controller, movement feels sluggish in Bloodstained: Ritual of the Night. This isn’t a fault of the game, though; any game that requires precise movement with the Pro Controller’s d-pad will give you the same issue.

I fared much better with the Joy-Cons and their separate d-pad contact points. The drawback? The game looks kinda ugly in handheld mode. In both modes, the graphical downgrade is very apparent, with character portraits and models being muddied up, but the game actually looks pretty decent on a larger TV screen, compared to the small tablet display.

I’ve also heard of reports of frequent crashes on the Switch, where the game would freeze up whenever you read a book, but thankfully I haven’t experienced any technical disasters just yet.

Overall, Bloodstained: Ritual of the Night is still an excellent Metroidvania, but the state of the game at launch is pretty rough on the Switch.

As someone who doesn’t mind a bit of graphical compromise when it comes to exploration-heavy RPGs, even the alarming lack of polish of this Switch port has me hesitant to recommend it to anyone looking at Bloodstained as their next portable Metroidvania adventure.

Hopefully, all these issues will be addressed in a patch. But for now, if you’ve got a PS4, Xbox One, or PC, play on those platforms instead.