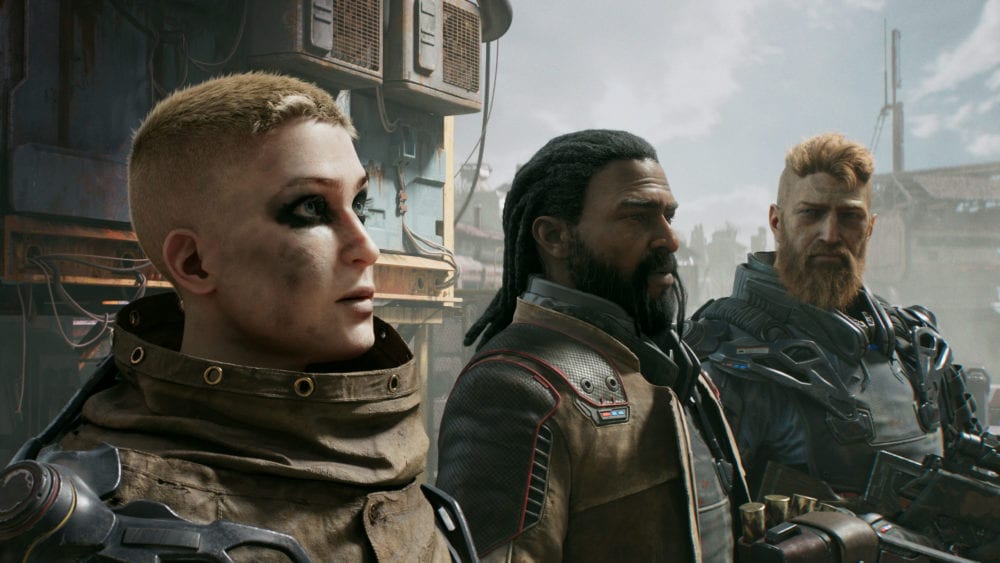 After two years of radio silence after announcing a partnership with Square Enix, the wait is finally over. Developer People Can Fly unveiled their new IP, Outriders, at Square Enix Live E3 2019. This is the same team behind the popular shooter, Bulletstorm.

Just one week ago the official Outriders Twitter account posted a little teaser for their new game. It featured a menacing blue-eyed character waking up in a Cryostasis chamber.

The studio CEO, Sebastian Wojciechowski shared some info about his excitement for the title along with a new trailer for Outriders that showed off a small amount of information on the new IP. Wojciechowski said, “Outriders is the game that we have wanted to make for years.” He also confirmed that there are over 200 developers at four studios working to complete this game.

We saw a bit more of the mysterious blue-eyed character in the reveal trailer that was shown at Square Enix Live. It turns out that they’re one of the protagonists of the game.

Near the end of the trailer, it appeared that this character may have been casting some kind of fire magic. There is no confirmation yet if spells will be included in addition to the guns used in combat.

The reveal also featured a behind-the-scenes look at People Can Fly with Outrider’s Creative Director, Bartosz Kmita. He described Outriders as a dark modern shooter and their most ambitious game to date. Kmita also revealed that there will be a strong story element that can be experienced alone or with friends.

Outriders appears to follow in the footsteps of the FPS action of Bulletstorm. There are plenty of otherworldly enemies that are absolutely massive in stature as well as some less intimidating baddies.

The release date was also revealed at the end of the trailer. You can get your hands on Outriders when it releases for PS4, Xbox One, and PC in the Summer of 2020.