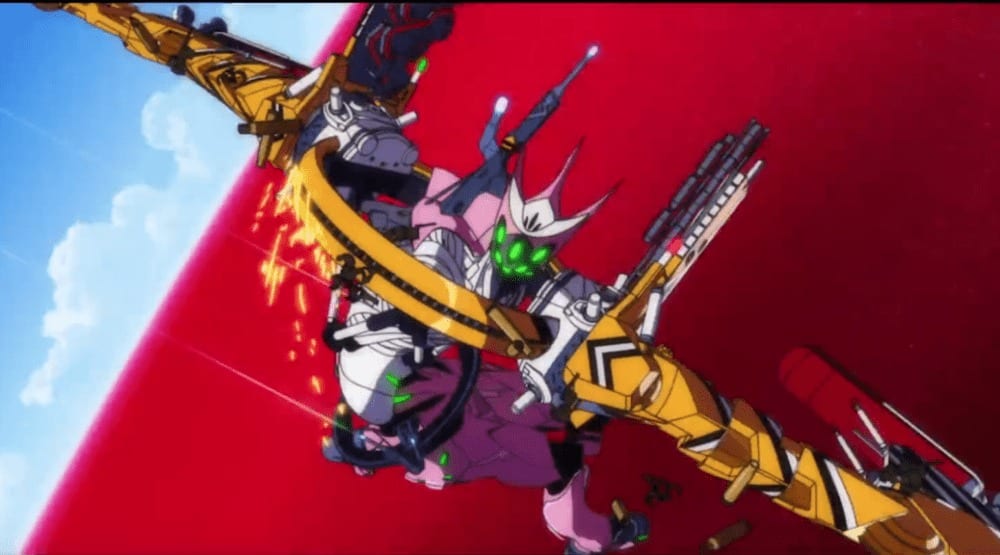 Good news for fans of the Evangelion Rebuild films: New footage from Evangelion 3.0+1.0 is set to be revealed at Anime Expo 2019 as part of a wider teaser reveal plan.

In a post to the Japanese website Ota-suke, it was revealed that Studio Khara, the production company behind the anime film franchise, planned to screen the first 10 minutes and 40 seconds of the upcoming film at several major anime conventions.

This includes this year’s Anime Expo, which will be held from July 4-7 in Los Angeles, Cal.

The footage is set to premiere at Japan Expo on July 6, though the exact date for when it will be shown at Anime Expo hasn’t yet been revealed.

The footage would mark the first glimpse fans have gotten of the next Evangelion film since a teaser trailer was released back in 2018, which provided a brief glimpse of one of the EVA Units in action and revealed the film’s intended 2020 release window.

That trailer can be viewed down below.

In the years since its announcement, Evangelion 3.0+1.0 has undergone several changes and delays due to a number of factors.

Initially slated for a 2015 release and titled Evangelion 4.0, it was delayed due to the film’s director Hideki Anno stepping away to work on the film Shin Godzilla.

The premise has likewise been tweaked and altered from what was first shown to fans at the end of Evangelion 3.33: You Can (Not) Redo, with the 2018 teaser footage being a complete re-haul of the teaser shown at the end of the previous film.

The news likewise comes in the stead of some huge developments for the Evangelion franchise, as the original Neon Genesis Evangelion series was released with a new dub on Netflix in the west.

For more on that, check out our take on the risks inherent to Netflix changing the dub cast of the iconic series.