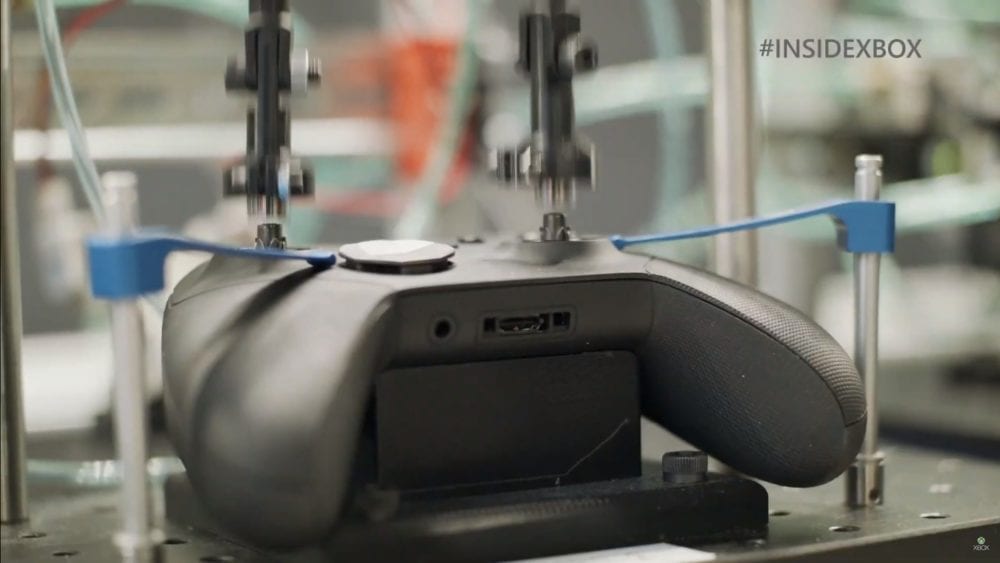 The E3 episode of Inside Xbox is underway, and Microsoft has lined up a long list of interviews from the developers of games like Star Wars Jedi: Fallen Order, Gears 5, and Bleeding Edge. Most of the information coming out of the live event is already known, however, there is one neat video that sheds some light on the making of the Xbox Elite Controller series 2.

In the video, senior designer Elliott Hsu explains the intensive process he and his team went through to redesign one of the most trusted controllers on the market. This included thousands of hours of stress-testing and redesigning over the course of four years. The result is a controller that has a insane degree of customization.

We won’t summarize the entire video here, but you should watch it below for interesting look into controller designing and manufacturing.

The Xbox Elite Controller Series 2 will be releasing holiday 2019. For more on Microsoft and E3, be sure to read our recap of the Xbox E3 conference.