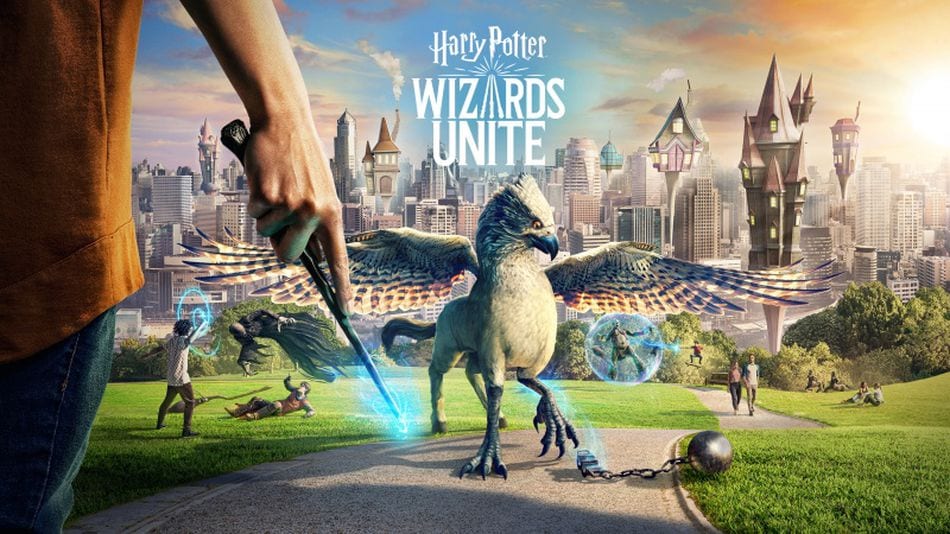 When Pokemon GO launched back in 2016, it became a worldwide sensation. Everyone and their grandmother was out and about exploring their neighborhoods and local parks to capture their favorite Pokemon like Pikachu, Charizard, and Squirtle.

The game was pretty barebones when it first launched, but now it’s grown to become quite the successful app. It worked so well because the premise was easily understandable to a child and to an older adult that might not be familiar with Pokemon.

But with Niantic’s newest mobile title, Harry Potter Wizards Unite, the gameplay loop doesn’t make much sense and isn’t that compelling, even for a big Harry Potter fan.

In Wizards Unite, it’s essentially a carbon copy of Pokemon GO but with different terms and names for things: Inns are basically PokeStops, Fortresses are like Pokemon Gyms, and instead of catching Pokemon, you’re using spells to collect strange objects and characters from the magical universe of Harry Potter.

While walking around the Google Maps-esque world, you’ll find things like a mystical wardrobe, a bludger, and even iconic wizards like Arthur Weasley –it sounds lame, doesn’t it? That’s because it is.

The gameplay loop has you collecting these items/characters by defeating Confoundables that are basically holding them hostage. You then have to swipe your finger on the screen to complete a spell to damage the enemy and if you succeed, you then add an image of the Foundable to the registry, which is a picture book of sorts –they’re not even really used for anything.

In Pokemon GO, you catch Pokemon that you then raise/evolve into stronger monsters to battle against other Pokemon. The gameplay loop was so much easier to understand, and after playing Harry Potter Wizards Unite for a couple of hours so far, I just think that the whole point of the game isn’t that much fun or rewarding.

It’s kinda neat to see all of your collected objects in this picture book, giving the player a sense of progression, but it doesn’t feel satisfying to find a particular object or character.

When you’re strolling around the map in Pokemon GO, you can literally see the Pokemon in the wild that you want to catch and that’s the best feeling. You’ve been searching for so long for that rare Pokemon and once it comes up on the map, you try your best to catch it and if you fail the catch then you’re out of luck.

In Harry Potter, you don’t know what you’re facing up against until you head into the battle screen, and even then I would never get excited about what pops up on my screen. I don’t care if it’s Hagrid, Harry Potter himself, or Hermoine; there’s just no reason to want to free them from the Confoundable.

And if I ever fail to help them because my casting level is too weak, I’m not even disappointed.

If there was more of a reason to defeat the Confoundables besides gaining experience, maybe then it would make more sense but as for right now, I wouldn’t recommend this to anyone who had a good time playing with Pokemon GO.

Listen, I’ve watched all of the Harry Potter films and I’ve even read a good chunk of J.K. Rowling’s novels and I’m still not gung-ho about this new mobile game from Niantic.

Pokemon GO brought all kinds of people into the experience without trying too hard, and If Wizards Unite can’t even appeal to HP fans, then why would my mother or little brother ever get into this.

I really do appreciate that Harry Potter Wizards Unite basically has all of the features that were missing from Pokemon GO to begin with like being able to add friends and “gym battles” but it doesn’t help its case much as the game is pretty complicated.

As soon as you start it up, you’re bombarded with mechanics and menus and it was honestly too much for me. I would have much preferred for the game to slowly spoon-feed me new systems and such without throwing it all at me all at once.

Harry Potter Wizards Unite doesn’t make much sense as a location-based AR game and it’s simply not as fun as Pokemon GO was/still is. Discovering and “catching” things have never been a big part of the Harry Potter universe so why would that ever translate well over to a mobile game like Pokemon GO?

I don’t see this game getting too much attention as time goes on, but I do have to say that the Potterheads out there are large in numbers so maybe the title will get some support from them, but I don’t see your average person jumping into this game.

For more on Harry Potter Wizards Unite, be sure to check out our ever-expanding wiki guide on the mobile game right here.