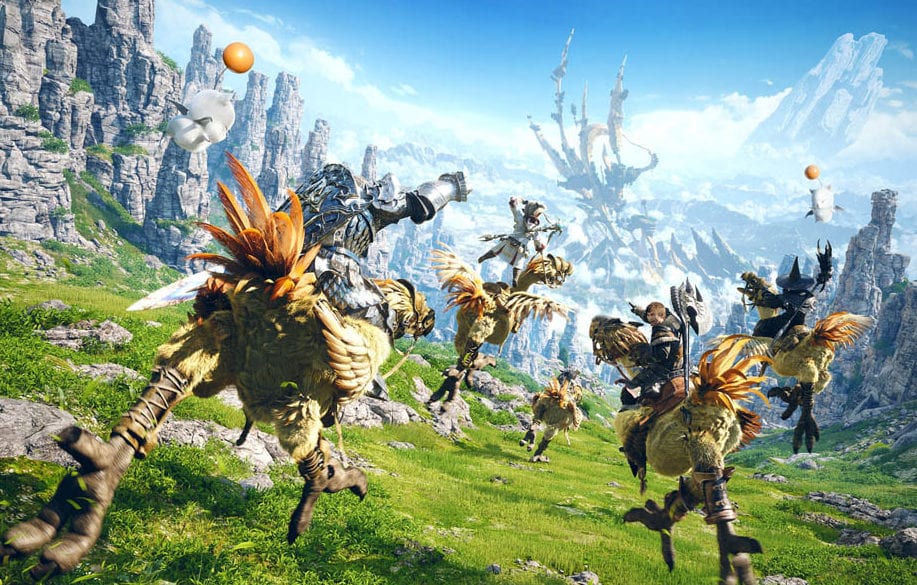 Soon you’ll see real live Chocobos and Moogles grace the small screen. Sony Pictures Television and Hivemind, the studio behind Amazon’s The Expanse and The Witcher series coming soon on Netflix, is collaborating with Square Enix to produce the live-action Final Fantasy TV series, according to The Hollywood Reporter.

Written by Ben Lusting and Jake Thornton, who will also serve as executive producers, the TV show will revolve around an original story set in the world of Eorzea, which was first introduced in Final Fantasy XIV Online.

Although the series is based on that Final Fantasy installment alone, it will also feature characters and elements from every installment in the Final Fantasy franchise, including fan favorites Cloud, Cid (or at the very least, some version of the mechanic) and possibly Tifa.

While not much about the Final Fantasy TV series’ plot has been revealed, it will delve into “the struggle between magic and technology in a quest to bring peace to a land of conflict.”

Some hallmarks of the Final Fantasy franchise will make appearances, including magitek, airships and, as mentioned earlier, Chocobos and Moogles.

The TV show is the first live-action adaptation for Final Fantasy (besides Dad of Light), but the series has seen other media adaptations.

A couple of animated films were released in the last decade, including Final Fantasy: The Spirits Within (featuring the voice talents of Alec Baldwin and Ming-Na Wen) and Final Fantasy VII: Advent Children, which took place two years after the events of Final Fantasy VII.