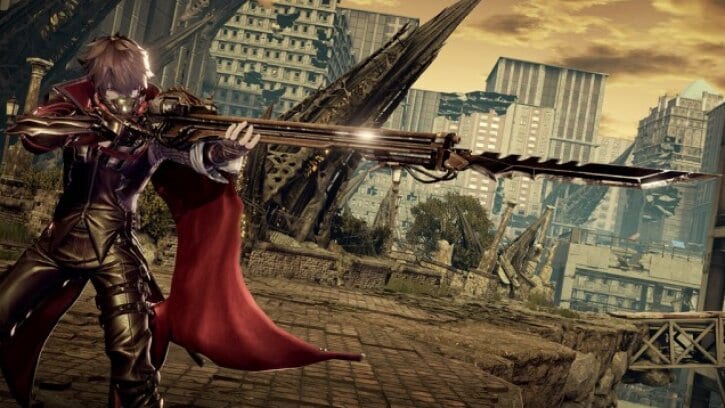 Code Vein was originally supposed to launch in September 2018 and fans, rightfully, have been a bit worried about the Souls-like title that was pushed all the way to September 2019 instead.

I’ve played the game three times now between demoing it last year, the recent network test, and now my demo at E3 2019. While I still have a bit of trepidation, the sheer variety of the game’s customization options are going to be its saving grace.

The demo I played at E3 2019 was the same one that’s been used for most of Code Vein’s events, but it was a brand new build that introduced two new Blood Codes.

I played through the demo twice, once with each of these new codes, and my first experience was with the Dark Knight code.

Each Blood Code gives you a host of different abilities to use, while also affecting your stats and which weapons you can use. The recommended weapons for Dark Knight were the giant hammer and two-handed sword, so that’s what I went with.

Dark Knight let me boost my adrenaline and attack with different skills, then also granting me special attacks that can hit a wide area, or unleash a flurry of strikes.

The big problem with it, however, was that my attacks were super slow and took up a lot of stamina.

I quickly learned that my style would have to be evasive, I’d need to keep on the move and let my NPC partner, Io, take the brunt of the damage.

Of course, on top of the Blood Code, there’s different Blood Veils to equip, ways to level up, and more. It’s all very complex, and like past times I’ve played the game, a lot to take in for just an hour or so with the game.

Still, the best way I can describe the variety Code Vein has is talking about my second playthrough of the demo when I selected a new caster Blood Code, called Hazeweaver.

I equipped the recommended Bayonet weapon, and holy cow was it a different experience.

This time, instead of focusing on dodging and precise timing, I had to wholly focus on fast attacks and keeping the pressure up. I didn’t do as much damage as I did with the Dark Knight, but I had a number of options from long and medium range.

One skill let me launch a devastating fireball that did tremendous damage to one enemy, while another let me launch a number of smaller projectiles that bounced off walls. That second skill, in particular, was hugely useful when fighting a line of enemies in tight areas.

Meanwhile, the bayonet weapon let me fire off a projectile with a heavy attack and unleash a flurry of attacks with the light attack that had me dodge backward at the end of the combo.

These two new Blood Codes presented me with polar opposite gameplay styles, and while I struggled playing as Dark Knight, Hazeweaver hit the spot for me.

My second playthrough was a total blast, and even though I had to take some time to readjust, it’s honestly some of the most fun I’ve had with a Souls-like game in a long time.

Dodging and weaving around enemies, while unleashing a wide array of fiery projectiles was a total blast. Of course, the issues that have plagued Code Vein still remain.

There’s a lack of weight to your attacks that just don’t feel satisfying as it does in a game like Dark Souls.

Blocking is pretty much pointless with light weapons, but the Bayonet + caster combination completely fixed the problem of Code Vein feeling too slow, for me.

More good news is that our interview with the game’s producer, Keita Iizuka, only helped give me more confidence about the gameplay variety I experience in my demo.

Fans have already become quite taken with the wide array of character creation options in the game, something you can see by simply browsing the front page of the Code Vein Reddit.

Iizuka-san told us that the studio plans on adding on even more customization options post-launch, meaning an already diverse system is going to get even better.

The interview also helped solidify my feelings on Blood Codes, and it sounds like there’ll be a ton of different ones to collect through exploration, beating bosses, interacting with party members, and more.

You can even change and adapt the difficulty of your experience based on which Blood Code you use, and stick with the initial ones you start with, if you really want.

Iizuka-san told us, “The game definitely does adapt to those different types of gameplay, so if you’re really looking for a challenge you can most definitely stick with your old Blood Codes or whatever the first one, and stick to that. There’s also this mechanic called “Gift” within the Blood Code, and as you use the Blood Code your gifts will level up as well.”

There’s still a general lack of weight and speed to Code Vein’s combat that I sincerely hope gets addressed before launch, but my experience at E3 2019 definitely went a long way to assuage my fears.

I’m already sold on the story and general aesthetic of Code Vein, and now they just really need to nail that combat system.