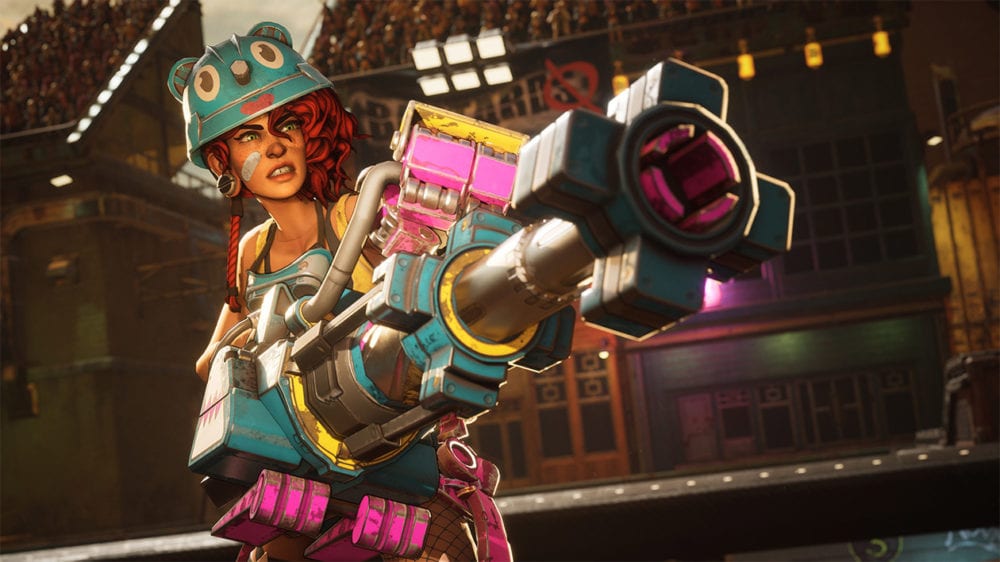 For a studio that has created imaginative games like Enslaved and Hellblade, it comes as a bit of a shock that Ninja Theory‘s new game is a squad-based character action game called Bleeding Edge.

Officially revealed at Microsoft’s E3 Briefing, Bleeding Edge isn’t shy in showing off its Overwatch influence, but after some hands-on time following the reveal, it doesn’t do enough to differentiate itself from all the other character focused multiplayer games out there.

If you’ve played anything like Overwatch, Smite, or even the somewhat forgotten Battleborn, you’ll know what to expect from Bleeding Edge. The two teams of four players battle it out to take over three control points and rack up the 500 points needed.

Before you start, you pick between the ten unique characters. They range from the tank style Makutu to the more evasive DPS option in Gizmo, and you need to keep team make-up in mind. They also all have difficulty ratings from one to four that are based on how complex their abilities are.

At least at the start, having a mix of tank, healer, and DPS characters will help you get the upper hand. In an arena before the main match, I got the chance to tinker with a few of the characters and they all play very differently.

Gizmo is better for ranged attack with her assault rifle-like weapon and ability to lay turrets and target enemies with explosives, yet El Bastardo and Buttercup are much better as on the front foot melee attackers. There seems to be plenty of different options for team make up, which could make for some interesting combinations.

The variation is in large part down to Bleeding Edge’s focus on abilities rather than primary weapons. I played as Gizmo for the majority of my demo and her four abilities were much more fun to use than her standard rifle.

Pressing B would see her drop a bounce pad on the ground that would allow her to get away quickly or leap to higher areas that other heroes wouldn’t be able to. It took a while to recharge, but it was useful, especially since Gizmo felt slower than a couple of the other characters.

Gizmo also has the ability to lay a small turret that automatically targets enemies. It’s not particularly powerful but it’s useful because, when it is cleverly placed, you can leave it to do its work while you attack elsewhere.

Then there is her ability to throw a grenade that explodes on impact. You can tab RB to drop it where you are when overwhelmed, throw it to a specific place, or use the lock on ability that all characters have to target a specific enemy.

Finally, you can choose between two ultimate-like abilities for each character that charges up as you play and earns your team points.

The action is undeniably fun, and it felt like it was largely due to the focus on abilities. Running around the map, the one I played on being pretty small, was great as I was leaping up to platforms and throwing grenades into the melee. 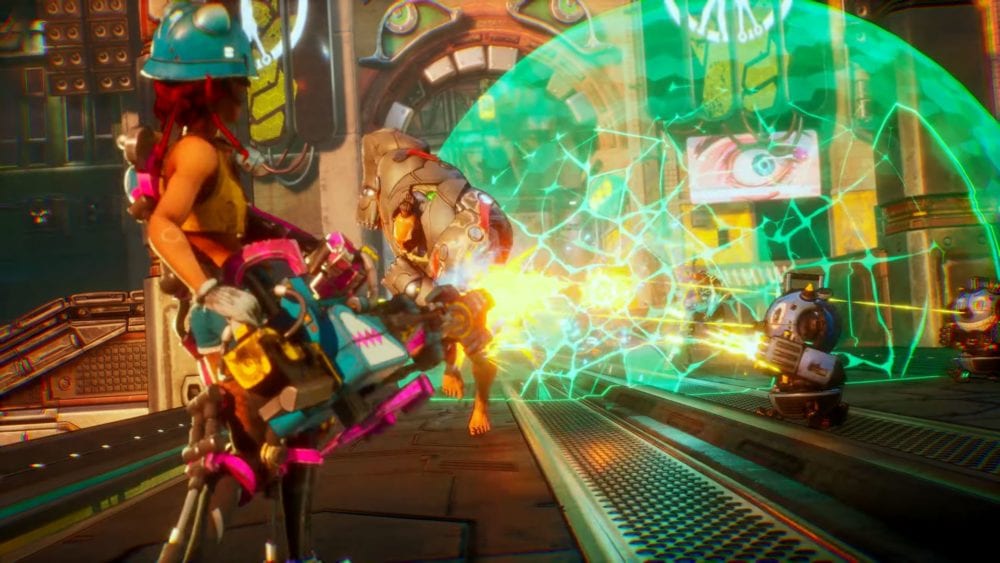 Bleeding Edge does a few other things to make the action more exciting and unpredictable, too. Every character has a hoverboard that they can use to get back into the action quickly. It can’t be used to escape when you’re overwhelmed by enemies, though, because you have to hold down right on the d-pad to activate it.

The three capture points can also be captured pretty quickly. In just a few seconds uncontested, you and one teammate can capture a point. Each of the three points are active at different times, too, so you need to be on your toes and well positioned to beat the other team to the punch.

Considering the pace of everything else, I was surprised at the 10-second plus respawn times.

The maps also have recurring events that make the action unpredictable. The one my demo took place on had trains that ran through the map every couple of minutes. The catch point was in the middle of the tracks and they’d light up when a train was approaching. If you were in the way when it rushed past, you’d be killed.

It’ll be interesting to see if all the game’s maps have different events because the trains in my demo gave everyone something else to look out for, beyond the capture points and enemy abilities. The frantic action was a lot of fun, I just don’t think there’s enough to keep me invested in the characters and world.

While the characters are all different and uniquely designed, I didn’t see much personality from them. In the likes of Overwatch, every character has signature phrases that they shout but I didn’t notice anything from any of the characters I tried in Bleeding Edge.

They’re visually striking, and the art style is great, but they don’t seen to be well rounded yet. Maybe you’ll get to know each character’s quirks after ten or 20 rounds with them, but they don’t stand out immediately, which is disappointing.

With Bleeding Edge coming to Games Pass at launch, its fun gameplay could grab enough people to garner an audience. You can try it for no additional cost as a subscriber, so it’ll be worth jumping in, but as of right now, I doubt it’ll have enough personality to keep players invested.