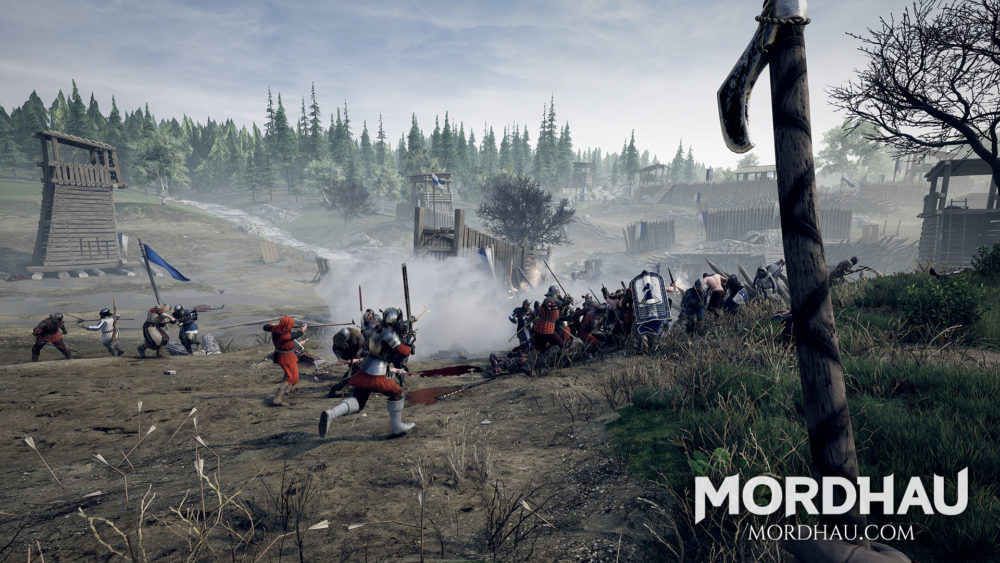 Mordhau’s combat probably looks a little clunky to the uneducated, but there’s so much nuance to this brilliant medieval melee game.

If you’re as addicted to the action as we are then you’ll likely have been ticking off the game’s different achievements as you switch between PvP and PvE modes. But there’s one probably haven’t got yet, and that’s because it’s hidden.

Here’s how to unlock the secret achievement in Mordhau.

How to Unlock Secret Achievement in Mordhau

Mordhau’s secret achievement is called “Ended Rightly” and it involves killing an enemy in a very specific way. Namely, by finishing an enemy via a pommel throw.

The pommel, in case you didn’t know, is the base of your sword. Only with certain weapons in the game can you pommel throw, which is done by pressing “x” and “2” when using a compatible weapon. Hint: the Longsword is compatible.

The tricky part to unlocking this achievement is that the pommel throw is a very weak attack. It only causes 1 hit point of damage, meaning that you’ll have to have your enemy clinging onto dear life by a single point for this strike to register the achievement.

There are two useful tips to keep in mind.

The first is that you can cheat the system and simply duel a buddy, have him stand there and take 99 points of damage and then strike him with your pommel.

But if you’re a noble knight unwilling to cheat the system, our second tip should be especially useful: using the Longsword, you can hit 99 damage by a slash to an unarmored body (72) and slash to medium armored legs (27).

So either go ahead and use that strike combination on a buddy or an enemy in PvE or PvP to unlock Ended Rightly.

That does it for how to unlock the secret achievement in Mordhau. For more useful tips and guides on the game, be sure to search Twinfinite.