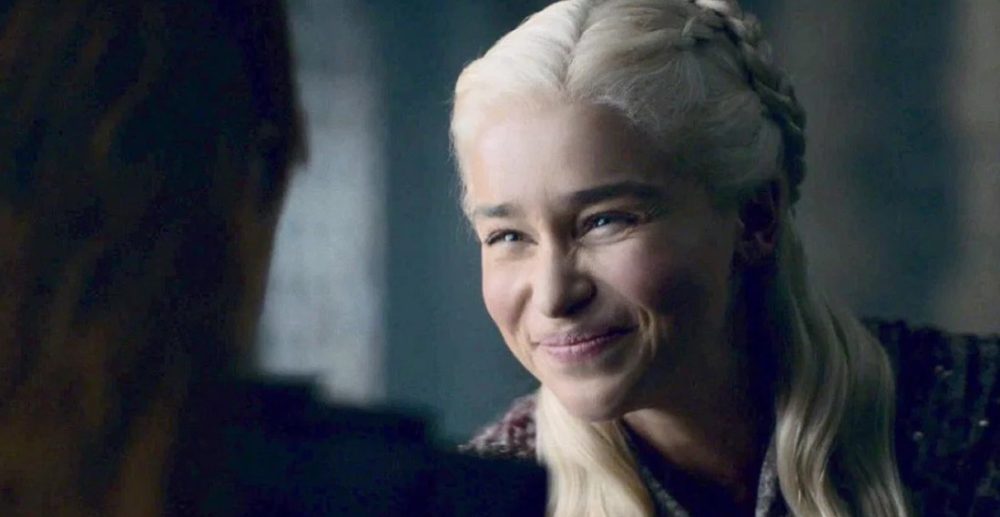 Game of Thrones is over. The more you hear, read, and think it, the easier it will be to move on with your life. Maybe you loved the ending or maybe you hated it. Either way, it’s over. There will be no more Sunday nights of screaming at your TV about dragons or White Walkers. Well, not until the spin-offs. Maybe it would be better to avoid thinking about those for now.

What you should do is totally check out all these spicy memes spawned by Game of Thrones. They’ll help you remember the good times and the bad times. Maybe by the end of it all, you might even realize that these last nine years were worth it. Maybe not. If they at least make you laugh, then that’s one step closer to accepting that Game of Thrones is over.

One more for good measure, and say it with me. Game of Thrones is over. See, doesn’t that feel good? Now go ahead and check out these silly memes. Let me know if you find any good ones on Twitter and toss them in the comments.

Also, major spoiler warning right here. If you don’t want to spoil the end of Game of Thrones, then do no go any further. If you’ve already seen it all, then enjoy these memes.

Ah, the good old days. Jaime was an idiot that blindly loved his sister. Wait… isn’t that how he died? Well, at least he had future sight:

One good kingslayer vs three-eyed raven

No need to expound on this one. It’s just a solid Mean Girls reference:

As funny as this one is, it hits you right in the gut. At least he was able to make his way to Missandrei’s home:

Greyworm on the beaches of naath. .#GameofThrones pic.twitter.com/f7bnhbYYLx

I can’t let a good WWE-related meme slip through the cracks. While not completely true to what happened, it’s the sentiment that counts. It was more a verbal push off the stage when Sansa decided to leave the seven kingdoms:

Tyrion: Bran the broken ruler of the six kingdoms

Poor Sam. He was just trying to do right by the people of Westeros. As much as the continent has progressed, they’re still not quite ready for Democracy. It’s gotta be nice to be born into royalty:

They did sam dirty 💀#GameOfThrones pic.twitter.com/nHuk3VHk4x

What meme list would be complete without a SpongeBob meme? Throw in a little flat Earth and you have a recipe for top meme gold. I just hope they’re not right. I would hate to see Arya fall off the edge of the world:

Having one gaming-related meme makes this okay to post on Twinfinite, right? The classic Luigi wins by doing nothing meme is the perfect representation of how Bran became king. Just chill out as everyone around you destroys the world:

I know many people didn’t like Bran becoming king, but this would totally make sense. The simplicity of this meme is also commendable. All you gotta do is toss some images into MS Paint, erase the eyes, then lay down some text with a transparent background and you’re good to go:

Well, that does for our list of memes to help you get over the end of Game of Thrones. Now go look into a mirror and keep repeating “Game of Thrones is over” while looking at these memes and by the end, something might happen. I’m not a doctor so I have no idea if this will actually help you with your mental state. But, a good laugh never hurt anyone.

If you’re still not feeling great about the ending take our GoT Character Quiz. Or if you’re in the mood to keep laughing at Game of Thrones check out how they forgot a Starbucks cup in a shot earlier this season.

Daario naharis in Essos still waiting to hear back from Daenerys #GameOfThrones pic.twitter.com/YSbjHWUGw6