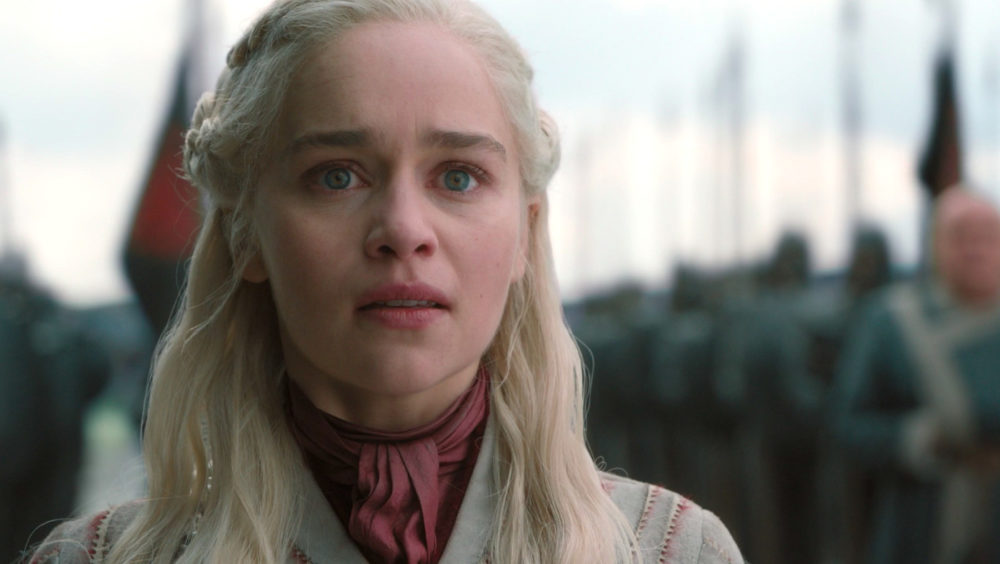 The greatest fighters in Game of Thrones believe wine is the best celebratory drink. Coffee, not so much, but some viewers were able to spot a Starbucks cup sitting on the banquet table like nobody’s business.

According to Polygon (article contains spoilers), a screenshot of the post-Battle of Winterfell party scene in Sunday night’s episode of Game of Thrones has been making the rounds on Twitter in which a Starbucks cup was left unattended next to Daenerys around the 17:40 mark as all the other characters were getting drunk on wine, casually or otherwise.

Most fans missed their favorite modern-day drink milling about in an otherwise medieval environment, but some were able to see that one of the producers left it on set by mistake during the making of the season 8 episode, “The Last of the Starks.”

Do your eyes still betray you? Allow this tweet to readjust your vision.

For those of you who didn’t think the Starbucks cup gaffe was real, I went back to watch it and—#GameOfThrones pic.twitter.com/xNz2iBHySH

Some have pinned the blame on Kit Harrington for putting the Starbucks cup in front of Daenerys to spite her.

Others have put the spin on the Starbucks gaffe and said that Winterfell has their own coffee franchise.

Hauke Richter, art director for Game of Thrones seasons 4-8, wrote in an email to Variety following the slip-up that while he didn’t watch the latest episode, it’s common for misplaced items to appear in the final cut of movies and TV shows, even in period media.

“Things can be forgotten on set,” Richter wrote, adding that the Starbucks cup being in the wrong place at the wrong time has been “so blown out of proportion [because] it has not happened with Thrones so far.”