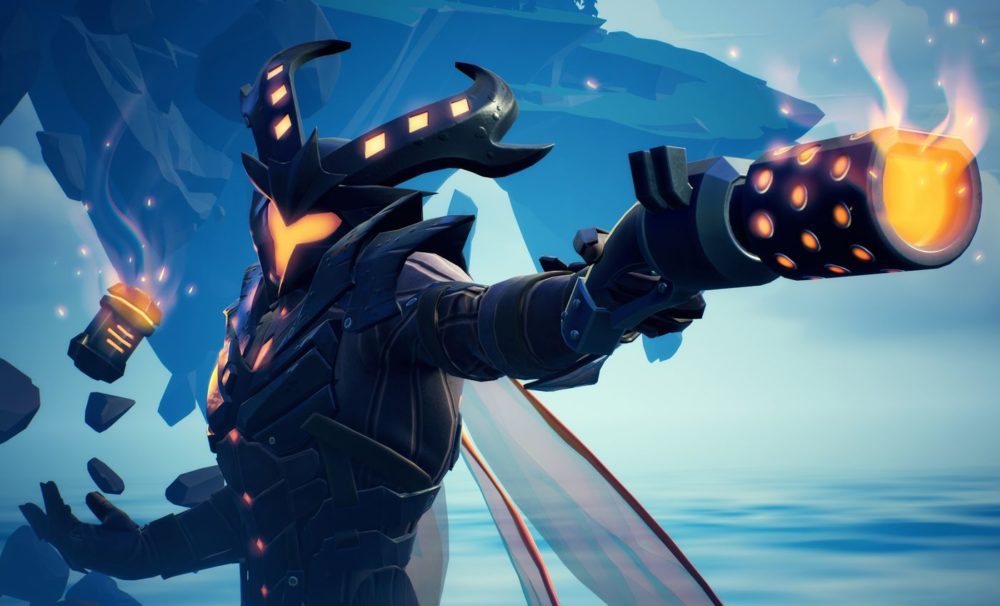 Developed by Phoenix Labs, Dauntless is a brand new free-to-play online monster hunting game available for PC and consoles. Here’s how to beat the Nayzaga Behemoth in Dauntless.

How to Beat the Nayzaga in Dauntless

The Nayzaga is easily one of the toughest Behemoths you’ll face in Dauntless, as you’ll absolutely need to know what you’re doing if you’re to have any hope of taking it down. If you’re having trouble with this monster, whether solo or in a group, we’re here to help you out.

Whether you’re fighting the regular Nayzaga or the Shockjaw variant, both types are weak to the Terra element and will deal Shock-based attacks. If possible, you’ll want to try to farm a full set of Drask armor to give yourself some Shock resistance and additional protection. The Shock resistance won’t help that much when it comes to the Behemoth’s Shock-based attacks, but the higher overall resistance should give you more survivability.

First off, the Nayzaga’s most dangerous attack is its ability to shoot out multiple spines and pylons around the area. These will generate electric balls that home towards you, and it’s worth noting that there will be more balls to dodge if you’re in a group.

To deal with this, you can either hit the balls with your weapon or avoid them. We recommend only trying to hit the balls if you have a faster weapon, or a ranged one like the Repeaters. If not, try to focus on dodging them, or use the Nayzaga’s body as a shield.

In the meantime, though, you’ll want to focus on destroying those pylons as soon as they appear.

In general, you’ll also want to try to stick to the Nayzaga’s rear to try to dodge its belly slide attack. If you happen to be caught in front of it when it’s priming the attack, it can be very tricky to dodge and will deal a ton of damage.

Finally, the Nayzaga also has a dangerous attack that’s telegraphed by its roar. When it roars, it’ll spawn a large tower that charges it. Immediately focus all your attention on destroying the tower, as this will remove the electrical charge from the Behemoth and stun it for a few seconds.

That’s all you need to know about how to beat the Nayzaga in Dauntless. Be sure to check our Dauntless guide wiki for more tips and information on the game.