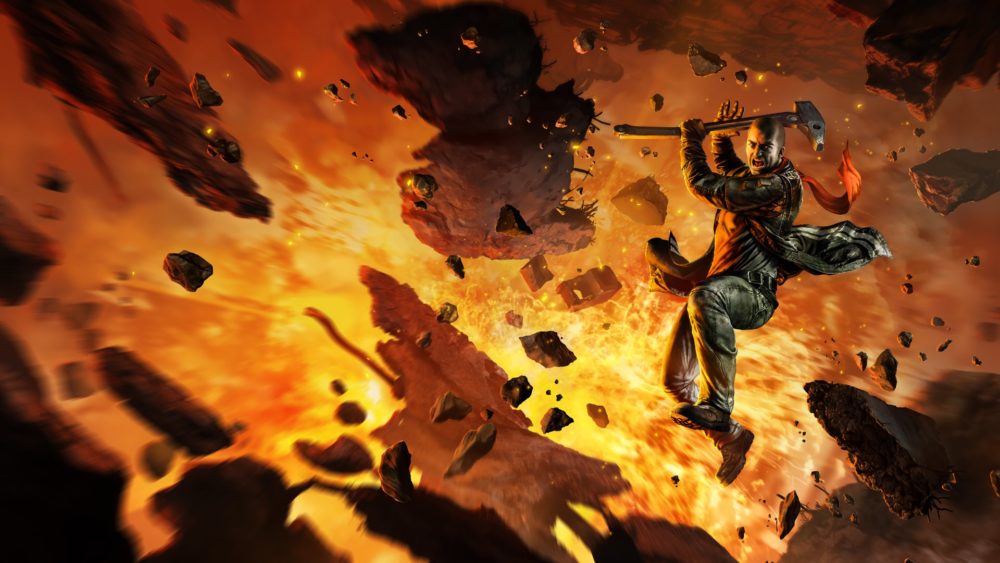 THQ Nordic recently announced that the 2018 remastered version of Red Faction Guerrilla, the Re-Mars-tered Edition, is coming to the Nintendo Switch.

For those of you who need a refresher, Red Faction Guerrilla is an open world sandbox title that takes place on Mars. Players step into the shoes of protagonist Alec Mason as he helps the titular Red Faction overthrow the oppressive Earth Defense Force that has taken control of the planet.

Red Faction Guerrilla’s standout feature is its engine, which lets players destroy any building and obstacle in the game. Unlike the previous Red Faction games, players can’t deform the land; but they can destroy bridges, catwalks, bunkers, and more, as they creatively approach the game’s various missions. For instance, instead of sniping enemies on a rooftop, players can blow up a building’s foundation and watch their enemies topple to their doom.

Since the game engine has to render buildings turning into rubble in real time, Red Faction Guerrilla: Re-Mars-tered Edition is graphically intensive. However, the developers added some new features and improvements to ensure the game is playable on the Nintendo Switch. According to a press release, the Switch version will include improved shaders, postprocessing, textures, lighting, shadow rendering, and specular maps. More importantly, the Switch version will come with Performance and Quality modes, so players can decide if they want Red Faction Guerrilla to run as smoothly as possible or as beautifully as possible. Furthermore, the Switch version will include optional motion controls for players who want improved aiming while playing in handheld mode.