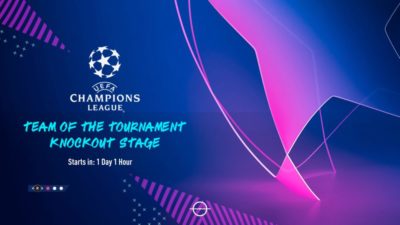 How to Get TOTKS Weekly Objectives Players (Henderson, Wass, & Joao Felix) in FIFA 19

The Champions League and Europa League are in their final stages and there have been some standout players. Here’s everything you need to know about how to get TOTKS Weekly Objectives players in FIFA 19 (Henderson, Wass, & Joao Felix).

A full squad of Team of the Knockout players have been released into packs, and there will be four available via SBCs throughout the week. There are three obtainable by simply playing the game.

The Joao Felix FIFA 19 Weekly Objective should be very simple, it will just take a little while to play the five games needed. The other two will be more tricky.

The TOTKS Wass one will be hard since you need to play in Rivals, where the competition will be tough. If you already play with a La Liga squad, you should have no problems. If you don’t, you might struggle if you make a team of lower quality players.

The Henderson one will only be hard because the gold rare english players will become very expensive. The likes of Chris Smalling or Jamie Vardy will suddenly be quite difficult to get your hands on.

If you have them in your club already, it should be okay, since winning games in FIFA 19 Online Singles is generally pretty simple. You will also be able to sub on three non Icon players to help you out, should you want.

That’s everything you need to know about how to get TOTKS Weekly Objectives players in FIFA 19 (Henderson, Wass, & Joao Felix). For more tips and tricks on the game, be sure to search for Twinfinite.