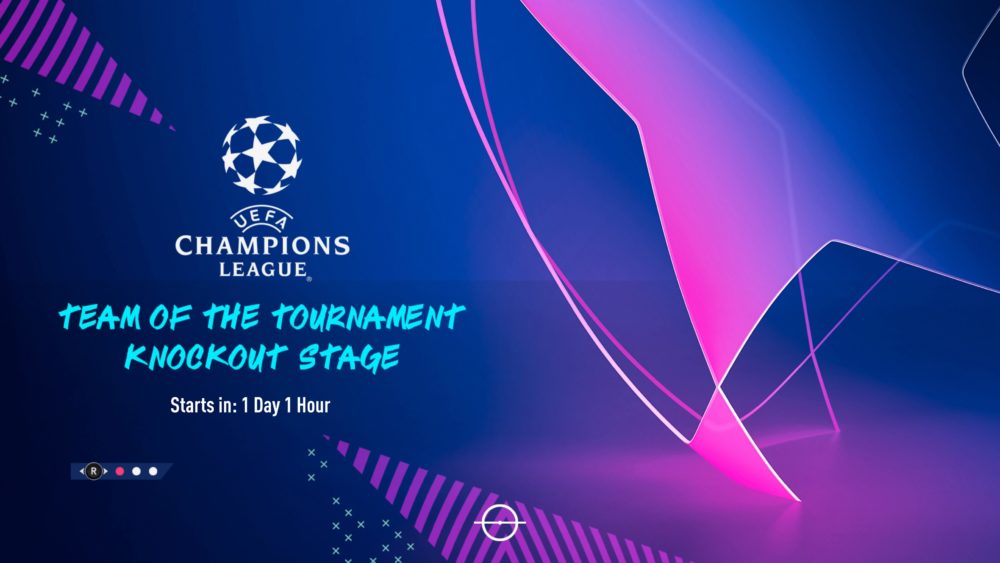 European Team of the Knockout Stage Player Predictions in FIFA 19

The quarter finals of the Champions League are over and we’re just weeks away from the final. There were some shocks in both rounds and some stand out players. Here are our predictions for the European Team of the Knockout Stage player in FIFA 19.

Most of the squad that will release in packs on April 19 will be based on the Champions League round of 16 and quarter finals. Ajax, Barcelona, Tottenham Hotspur, and Liverpool are the teams that remain, so you can expect most of the players to be from those teams. Here are our Champions League Predictions.

We’ll likely see some players included from the Europa League too. However, it’s unlikely to be more than five or six players, with focus in FIFA 19 being on the Champions League. Our Europa League Team of the Knockout Stage predictions are:

Of course, as soon as EA Sports reveals the full team, we’ll update you on who they are and how to get them. We’ll also give you all the information on any SBC players or players that can be obtained from Weekly Objectives.

That’s it for our predictions for the European Team of the Knockout Stage player in FIFA 19. For more tips and tricks on the game, be sure to search for Twinfinite.