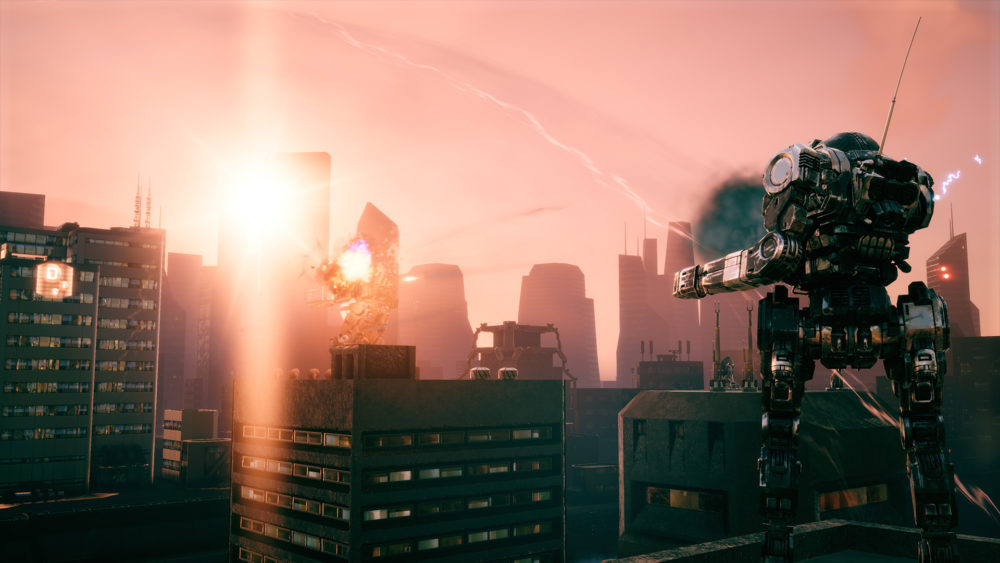 The expansion does exactly what it says on the tin, and will send us brawling in the streets of cities in the war-torn BattleTech universe.

The official listing is already available on Steam, and you can read an official description and feature list below.

Street brawls introduce new tactical gameplay challenges as ‘Mech combat moves from wide-open natural landscapes to vast urban sprawls. Every building in the new urban biome is fully destructible, so you’re never more than a few salvos away from a new line of sight, or the defensive cover of high-rise rubble. Abandoned explosive fuel trucks, destroyed coolant exchanger buildings, and broken electrical transformers that disrupt targeting will drastically change the battle as you go.

The return of these lost technologies will forever change the 31st century battlefield. ‘Mechs equipped with Electronic Countermeasures (ECM) and nearby friendly units are obscured from enemy targeting systems and immune to indirect fire. Meanwhile, ‘Mechs equipped with Active Probe can reveal, locate, and target enemy units that would otherwise be hidden.

The experimental Raven 1X sports an advanced electronic warfare package that combines ECM and Active Probe systems into a lightweight component. The Javelin is a compromise between speed and firepower, with close-range knockout power.

A wide variety of new branching short stories that link together mercenary missions, crew conversations, special events, critical choices, and rare bonus rewards, as well as a new mini-campaign in which you’ll join forces with the famed Andurien Defenders to discover the truth behind their ghoulish disputes.

Attack and Defend is a challenging new mission type where your mercenaries must destroy an enemy’s base to stop a steady stream of attackers before they can overcome your forces and knock out your employer’s base.

The release date is on June 4, exclusively for PC. Below you can check out a batch of screenshots and a trailer.

If you’re unfamiliar with the game, you can check out our review. A third expansion titled “Heavy Metal” will release this winter.