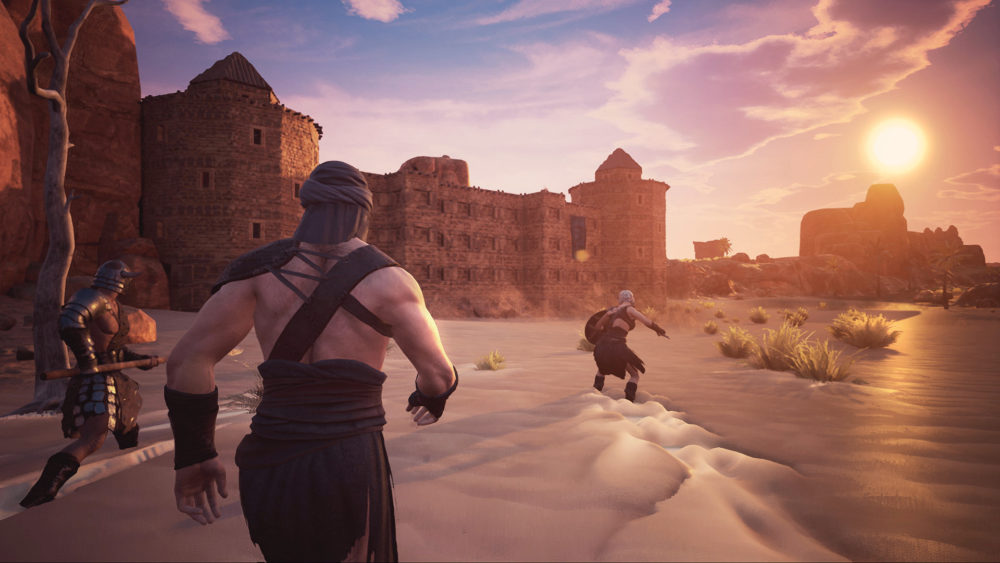 How to Play Offline Single-Player in Conan Exiles

Conan Exiles is a gritty open world survival RPG that’s best known for its online multiplayer component. But for those that don’t want to share the experience with 40 other players, there is a way to play the game in single-player. Here’s how to play offline single-player in Conan Exiles if you’re unsure.

Conan Exile is designed as a multiplayer game, but you can play it on your own — and we’re not just referring to the upcoming single-player campaign, either. Setting up this mode is much easier on console, however, as you’ll require a mod on PC.

To play single-player on PS4 or Xbox One it’s simply a case of picking single-player, going through your character selection options, and then the game will ask again if you want to play co-op or offline right before it starts the campaign. It will do this repeatedly when you load that save, so just remember to keep inputting single-player.

One PC, things are a bit more complicated. You will need a mod that was specially created for this purpose. Unfortunately, it’s missing from the Steam Workshop these days. But fear not, one Reddit user has been kind enough to not only provide a link but full instructions on how to install it as well.

You can access the files (which have the instructions inside) from this link. Just follow the steps carefully.

Note: although the Reddit user was unsure as to whether this would work in his notes, a subsequent reply to his initial post confirmed the mod was indeed working, so you should be fine.

That is all the information you should need about how to play offline single-player in Conan Exiles. For more useful tips and guides on the game, be sure to search Twinfinite.