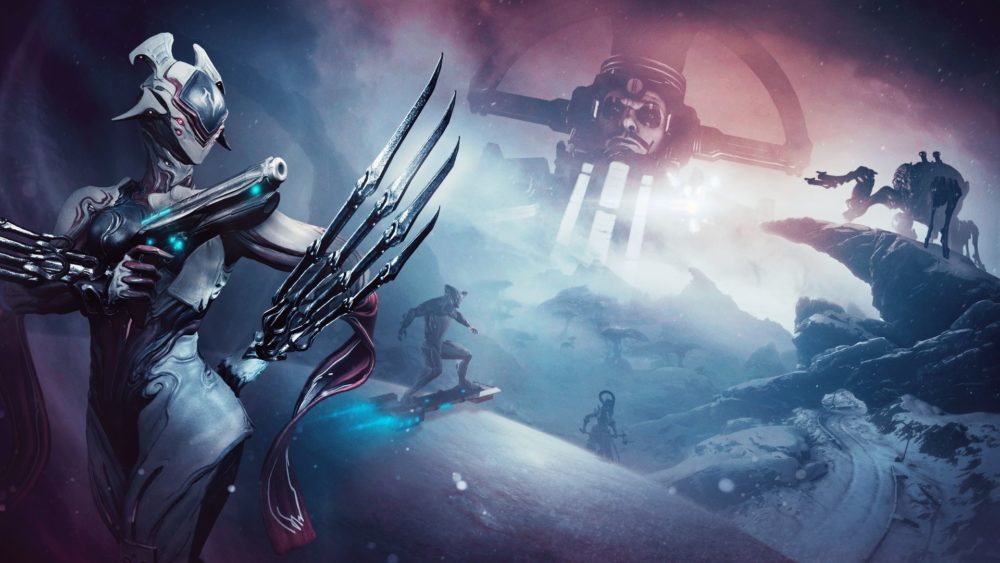 How to Get Platinum in Warframe

What Is Platinum in Warframe Used For

Players can spend Platinum on almost everything, including cosmetic skins, inventory slots, and rushed item crafting. Players can even skip the looter shooter grind and outright purchase new weapons and warframes.

Of course, this raises the question of how players even obtain platinum. Well, Warframe does not include any missions that let players earn Platinum. At all. Anyone who wants this premium currency either has to buy Platinum or receive it from players who bought Platinum.

There’s no two ways about it: the easiest way to obtain Platinum in Warframe is to buy it with real money.

Okay, purchasing Platinum is slightly more complicated than entering credit card information in the Warframe website. Players can purchase various packs of Platinum starting at $4.99 for 75 bits of it.

While Warframe dips its toes into the “buy x amount of premium currency and you will receive some bonus currency as a thank you” pool, the three most expensive packs also include bonus mod packs players can either use or trade for even more Platinum.

Prime Warframes, weapons, and accessories are highly coveted among Warframe players since they boast extra Polarity Slots and superior performance.

While players can loot the materials and blueprints needed to craft Prime gear, they can also purchase packs that contain Prime weapons and Warframes through the Prime Access and Prime Vault programs. Moreover, each pack includes some bonus Platinum as a thank you gift.

Unlike normal Warframes and weapons, Prime packs are only available for a limited time. Moreover, Prime Access and Prime Vault packs can’t be bought with Platinum and range from $19.99 to $139.99.

While different packs include different pieces of Prime gear, they always provide some of this premium currency, and the more expensive the pack, the bigger the bonus. Players can expect anywhere between 200 and 3990 Platinum from Prime packs.

Even though Warframe doesn’t have its own Funko Mystery Mini Blind Box figures or McFarlane action figures (yet), the official website features a merchandise shop filled with Warframe-themed goodies, including shirts, posters, and statues.

While most of these items are just fun physical items gamers can buy to demonstrate their love of Warframe, a few come with digital extras.

The merchandise store’s various physical statues and Excalibur plush include in-game goodies that differ from item to item.

The amount of Platinum players receive from merch (75 from the Excalibur plush and 170 from the statues) is paltry compared to those bonuses from the Platinum and Prime packs.

Every so often, Digital Extremes holds contests on the official Warframe forums. While no two contests are the same, they always reward the most artistically gifted of Warframe players with a helping of Platinum.

Usually, rewards consist of anywhere between 250 and 1000 Platinum, but sometimes they include a few significant extras, such as a trophy for a Dojo and a purchasable, digital recreation of a mask.

While these contests tend to favor the artists and creative writers of the Warframe community, players who want to test their mettle and possibly win some free premium currency are encouraged to try.

Some People Just Give Platinum Away

Sometimes, Warframe players can receive free Platinum just for being active members of the Warframe community.

It’s not uncommon for players to start forum threads, post YouTube videos, or create Twitter comments that promise free Platinum to a few lucky players. Some giveaways are restricted to players who own certain platforms or join specific clans, while others don’t impose any restrictions.

However, since these giveaways are held by dedicated Warframe players, the amount they promise is completely random.

Player-run giveaways might be luck of the draw, and should always be approached with caution (never give out your account details), but players who pay close attention to the community stand to win some free premium currency for little effort.

Warframe is one of many games that offers Twitch Drops. Once a player links their Warframe and their Twitch accounts, they can receive free in-game items for watching sponsored players. Alternatively, Warframe players who want free Platinum can tune into Warframe devstreams.

Everyone with linked Twitch and Warframe accounts who watches a devstream is automatically entered into a giveaway, no Twitch Prime subscription required. However, participants need to pay attention to the streams to see if they’ve won since they aren’t automatically awarded the premium currency.

Winners need to message the Warframe Twitch page if they want their prize. While the odds of winning are slim, watching the devstreams is worth the effort, even if it only gives audiences a glimpse of the future of Warframe.

As with any MMO, Warframe features an in-game economy. While the game does not include an auction house, players can trade mods, gear, and other items in a Clan Dojo’s Trading Post or Maroo’s Bazaar. Some players prefer to trade one item for another, but many choose to trade items for Platinum.

The cost of items in the real world changes over time, and the same applies to Warframe. Depending on the supply and demand of particular loot, trade prices can fluctuate fairly rapidly. Moreover, players need to grind for these items, and merely offering one does not guarantee a buyer.

While some players rely on Warframe’s trade chat, others list their items on the third-party site Warframe.Market. Patience is paramount when trading, but it’s still a reliable source of Platinum.

That’s all you need to know about how to get Platinum in Warframe.

For everything you need to know about Warframe, including tips, tricks, and guides, check out Twinfinite’s wiki page.