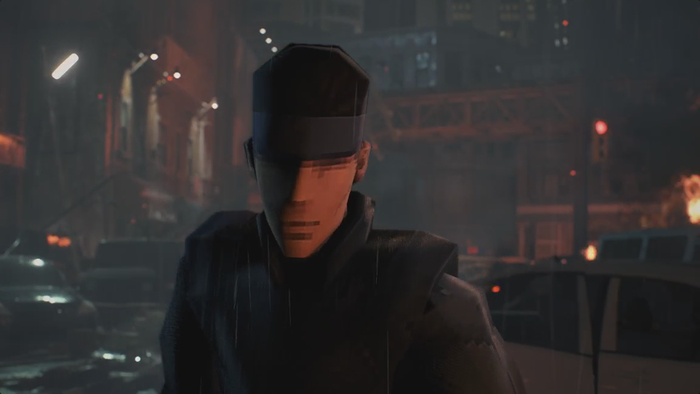 Resident Evil 2 recently released for consoles and PC to nothing but fanfare with fans and critics alike, praising Capcom’s remake of the PS1 classic, including us.

Going back and revisiting a modern version of Raccoon City was a delight and truly brought us some frightful scares, especially Mr. X –a very tall man in a trenchcoat who will punch you to the ground without a moment’s hesitation.

Mods have begun to pop up all over the interwebs for the PC version of Resident Evil 2, including one very awesome one that transforms our male protagonist, Leon Kennedy, into the stealth master himself, Solid Snake.

The modder goes by the name of ‘SirLumberjackie’ and you can find out more info about installing the mod right over here.

Snake is known for dealing with some pretty heavy stuff in his series of games, but we can say for sure that he’s never been in a zombie-infested police station –maybe he can use some of his stealth to avoid the zombies or even Mr. X himself!

Resident Evil 2 is now out on PC, PS4, and Xbox One. You can read our review of Capcom’s survival horror game right here and you can also check out our wiki guide to help you through the maze that is the Raccoon City Police Department.

And down below, you can look at a gameplay video of two mods in action: Thicc Claire mod (and yes, it does exactly what you think it does) and the Metal Gear Solid mod that turns Leon into PS1-era Snake: