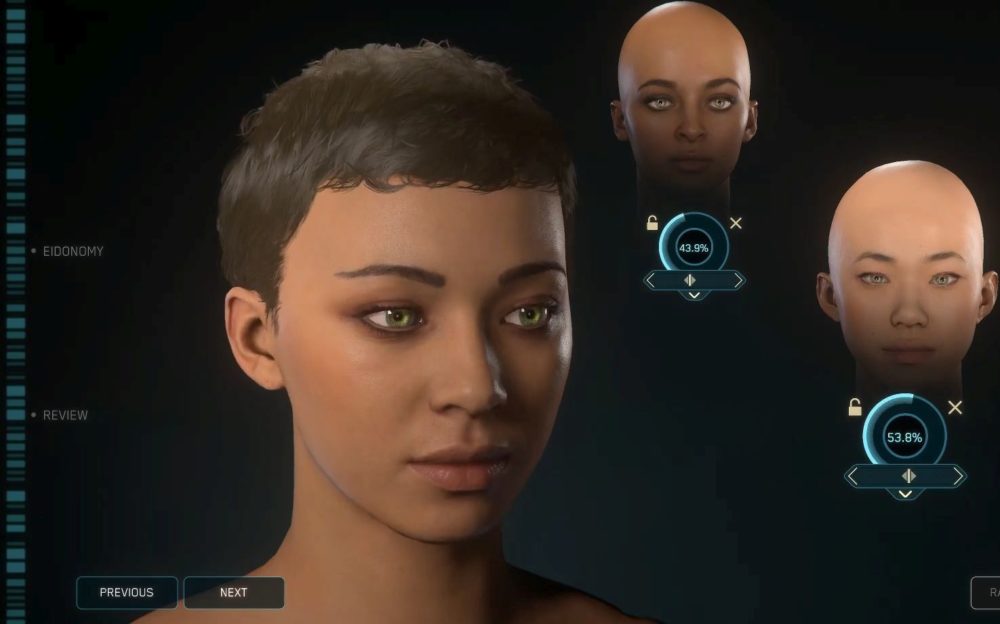 The video focuses on features that are coming in alpha 3.5, which is already active on the PTU and should be just around the corner.

We get to see improvements to the FPS gameplay and missions, but the lion’s share is the brand new “DNA”-based character customization. We get to see it in action for both NPCs and player characters, and it takes a really interesting and innovative approach to the system.

Basically, you’ll select among multiple heads that the team has scanned, and then you’ll blend them pretty much however you like. You can also blend separate features, with very impressive results.

Of course, you can still select colors and hairstyles separately, to give the final flavor you want to your character.

You can watch the video below. If you want to hear more about the game, you can also read our interview with Cloud Imperium Games Los Angeles studio director Eric Kieron Davis discussing all things alpha 3.5.

Star Citizen is coming exclusively to PC but doesn’t yet have a release date. For the sake of full disclosure, keep in kind that the author of this post is among Star Citizen’s backers on Kickstarter.