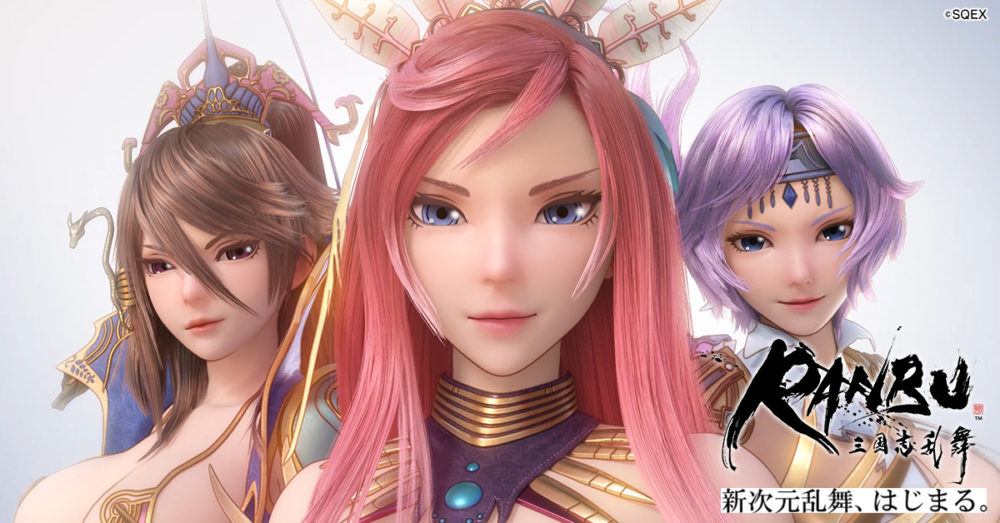 Today Square Enix announced Rumble: Sangokushi Rumble, which can be translated as Rumble: Romance of the Three Kingdoms Rumble for iOS and Android.

If the name sounds familiar, it’s because Square Enix has been running a game titled Sangokushi Rumble for about five years, and this new game has been developed by the same team and will be released within 2019.

The original Sangokushi Rumble has been fairly successful, with over 2,500,000 downloads in Japan. As you may imagine from the title, it’s set in the “Romance of the Three Kingdoms” mythology.

Apparently, Square Enix intends to kick the franchise’s popularity up a notch, as they are pushing the rather typical (at least for Japan) gender-bent warlords card quite strongly. This isn’t really new with Japanese games and anime, even applied to the Romance of the Three Kingdoms mythology. Basically, you can expect famous male officers turned into alluring girls.

A quick look at the trailer and screenshots below will likely give you a clear idea of what kind of elements they’re pushing here.

An official website is already available, and funnily the trailer comes with a song in English (well… kinda English). They even included the lyrics in the description. You can read them below for a quick laugh.

Loyal one with the green dragon crescent blade.
they might catch a fade, wait! your match is made.

Way over there, watch for the glare, from upstairs it’s a bow! Wow!
You already know bullseye fo shot!

This is the second mobile game announced by Square Enix in a few weeks. If you’re interested, you can also take a look at Last Idea.