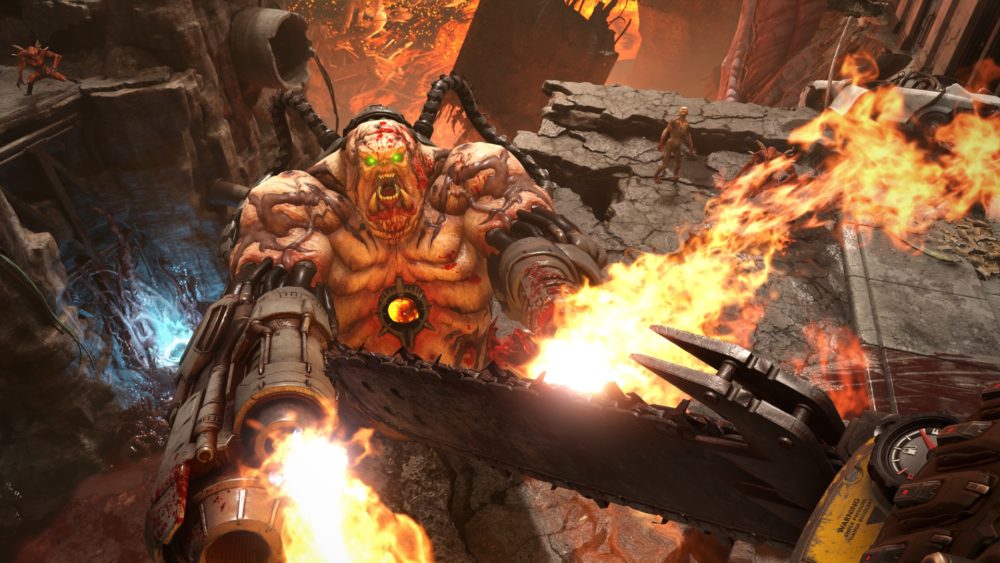 iD software took to the Google stage at GDC 2019 today to announce that they will be supporting Google’s new streaming platform, Stadia, and will start by launching Doom Eternal in 4K/HDR/60fps on the platform.

We’ve long been expecting to hear about Google’s new streaming project and today, at GDC 2019, the company announced Stadia, a streaming platform that will allow players to play games from virtually any screen connected to the internet.

They announced collaborations with a number of video game developers and one of those developers, iD Software, took to the stage to explain how they’re getting involved with Stadia.

While no release date was given, iD Software executive producer Marty Stratton announced that the upcoming iD Software-developed, Bethesda-published Doom Eternal would be coming to Stadia.

Naturally, you’ll need a screen that supports those parameters, but assuming you do, Stadia can handle it (with exceptional WiFi of course).

Because we don’t yet know when Doom Eternal will be released on PC, PS4, and Xbox One, let alone on Stadia, we’re not sure how long players will have to wait to experience the game on their favorite screens.

We’ll be sure to update the post when we learn more.

If you want to view Stratton on the Stadia stage announce that Doom Eternal would be coming to the platform, you can check it out below.

We’ve got all of the other news that came from the Google GDC 2019 press conference where they announced Stadia as well so be sure to check out Twinfinite for that and more.