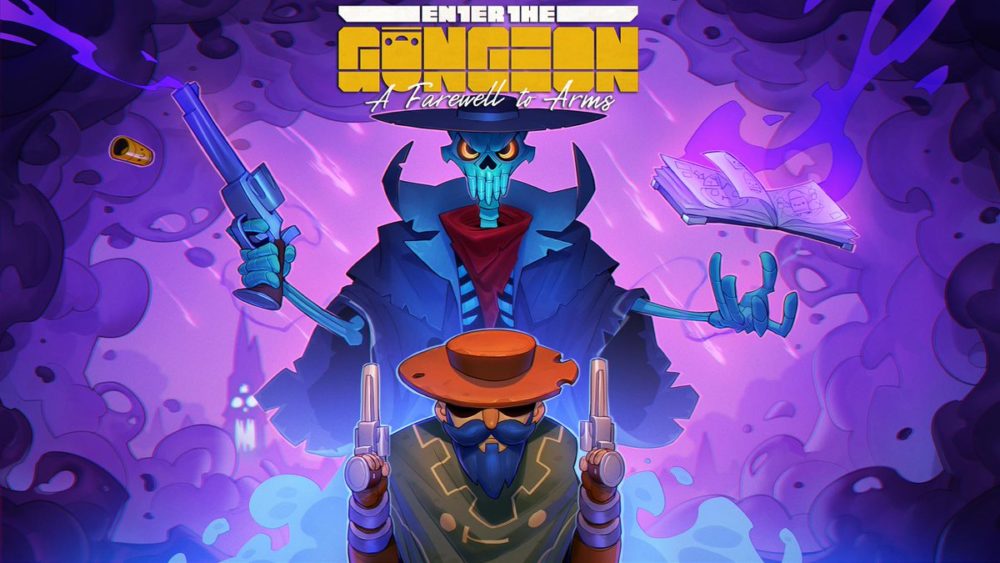 Dave Crooks, designer at Dodge Roll, recently posted a heartfelt blog post on the PlayStation blog about Enter the Gungeon’s upcoming update, A Farewell to Arms. He thanks gamers for an impressive and fruitful three-year run and gives readers a little taste of what they can expect when the update launches next month.

A Farewell to Arms could have been a standard update that introduced a few new guns and the randomized “Paradox” character, but that wouldn’t have been Dodge Roll’s style. Just like Enter the Gungeon’s other updates, the studio “kept adding new stuff” to ensure the final update provided some gravitas. Crooks even likens A Farewell to Arms to Enter the Gungeon’s first update, Supply Drop.

According to Crooks, A Farewell to Arms will include another new character —complete with “a wild starting item”— a variant of a powerful enemy, a new secret floor, and a boss to go with that floor. Apparently, this boss will be the culmination of every joke and reference from Enter the Gungeon, and gamers are encouraged to fight the boss with the sound on. Crooks ain’t telling who this mysterious character, enemy, and boss are, though, so gamers will just have to wait and see.

More importantly, A Farewell to Arms will include a new game mode that was inspired by Enter the Gungeon’s colorful community, pun intended: Rainbow Mode. Crooks promises this mode will challenge players like never before because it restricts them to one item or weapon they find in the rainbow chests that spawn at the beginning of each floor (and whatever pick-ups and Master Rounds they find). And yes, players can combine Rainbow Mode with gameplay modifiers such as Challenge mode and Turbo mode for extra-finger cramping runs.

As with other updates, A Farewell to Arms will also include a few performance and quality of life improvements, such as increasing the spawn rates of rare NPCs, decreasing boss DPS caps, and buffing several low-tier items.