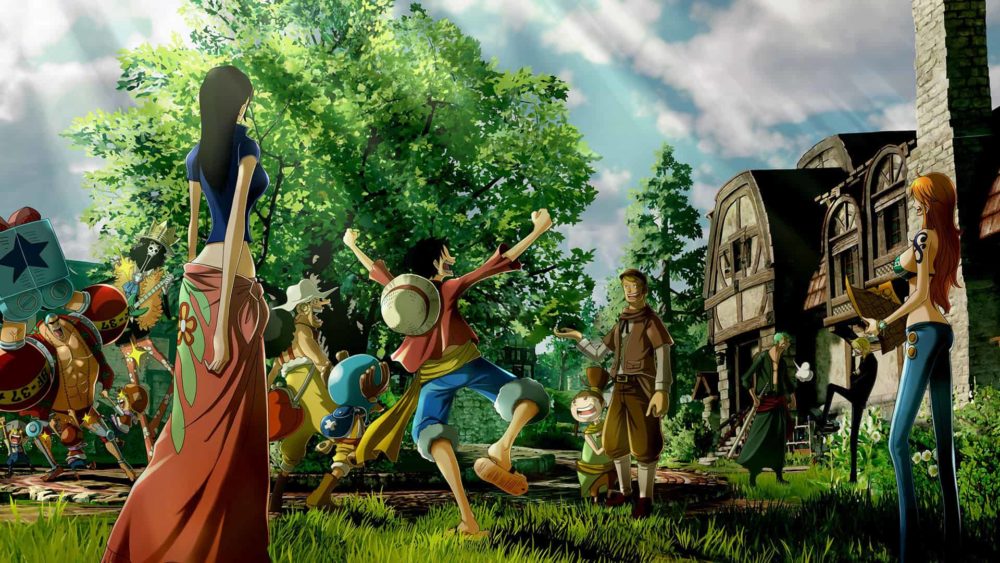 One Piece is one of the most successful anime franchises of all time, both in Japan and the west. The series has seen a ton of different video game adaptions over the years, and yet, most of those experiences have failed to bring anything truly new to the table.

That all changes with One Piece: World Seeker, however, which made the wise decision to bring an entirely original story to the table.

You’d be completely forgiven for not keeping up with One Piece. The anime now has over 850 episodes and counting, while the manga is still going strong at 92 volumes. It’s a massive series and one that takes a serious time commitment to see all the way through.

Most of the One Piece video games we’ve seen up until this point have simply retrod ground from the main story, particularly up until about the fifth arc of the manga. This is par for the course for anime games, and something we’ve seen other series like Dragon Ball Z do time and again.

Unfortunately, what this often leads to is a very middling story experience, one that’s simply a retread for longtime fans but is altogether too brief for anyone that doesn’t know much about the series.

That’s exactly what makes World Seeker’s story so refreshing, as it’s a completely new take that lets anyone and everyone go in with fresh eyes.

World Seeker takes time at the beginning to introduce you to its world and concepts, as well as the cast of Monkey D. Luffy and the Straw Hat Pirates. While the main cast certainly plays a role, most of the story revolves around two new characters, Isaac and Jeanne, and how their relationship develops with Luffy.

Because these new characters, and the story itself, have been dreamt up by One Piece creator Eichiro Oda, it helps give the game a synonymous feeling with the greater franchise.

One Piece is such a long series that it has always heavily utilized the idea of different arcs, and conceivably World Seeker could simply be another arc in the franchise.

This means that longtime fans of the manga or anime can go in expecting a new story and world to explore. Even better, however, is that anyone who knows nothing about One Piece can still jump in and have a great time.

There are still plenty of nods and references for fans, particularly in some of the boss battles that crop up, but extended knowledge of the series isn’t needed in any way.

As World Seeker is an open world game that combines elements of anime games and titles like Arkham City, it’s much more approachable than the typical fare we’ve seen from the series. Anyone familiar with the trappings of an open world should feel right at home picking up World Seeker.

Coupled with an original story, World Seeker can serve as a fantastic introduction to the world of One Piece, for the uninitiated. It’s something, frankly, that more anime titles should do. It’s incredibly refreshing to see an anime game that tries to be so ambitious and bring something new and exciting to the table.

We’ve talked about the problems that anime games have before, and after a while the flood of titles that simply retread ground or just throw characters together for a fighting game start to feel lazy. Bandai Namco made a fantastic decision to really double-down on a new story, and bring in the creator in the process.

For anime games to have a future, we need more titles like One Piece: World Seeker or Fist of the North Star: Lost Paradise. There are some growing pains to go through, of course, and both games have plenty of flaws. However, both titles also show a promising future for how original and engaging anime games can actually be.