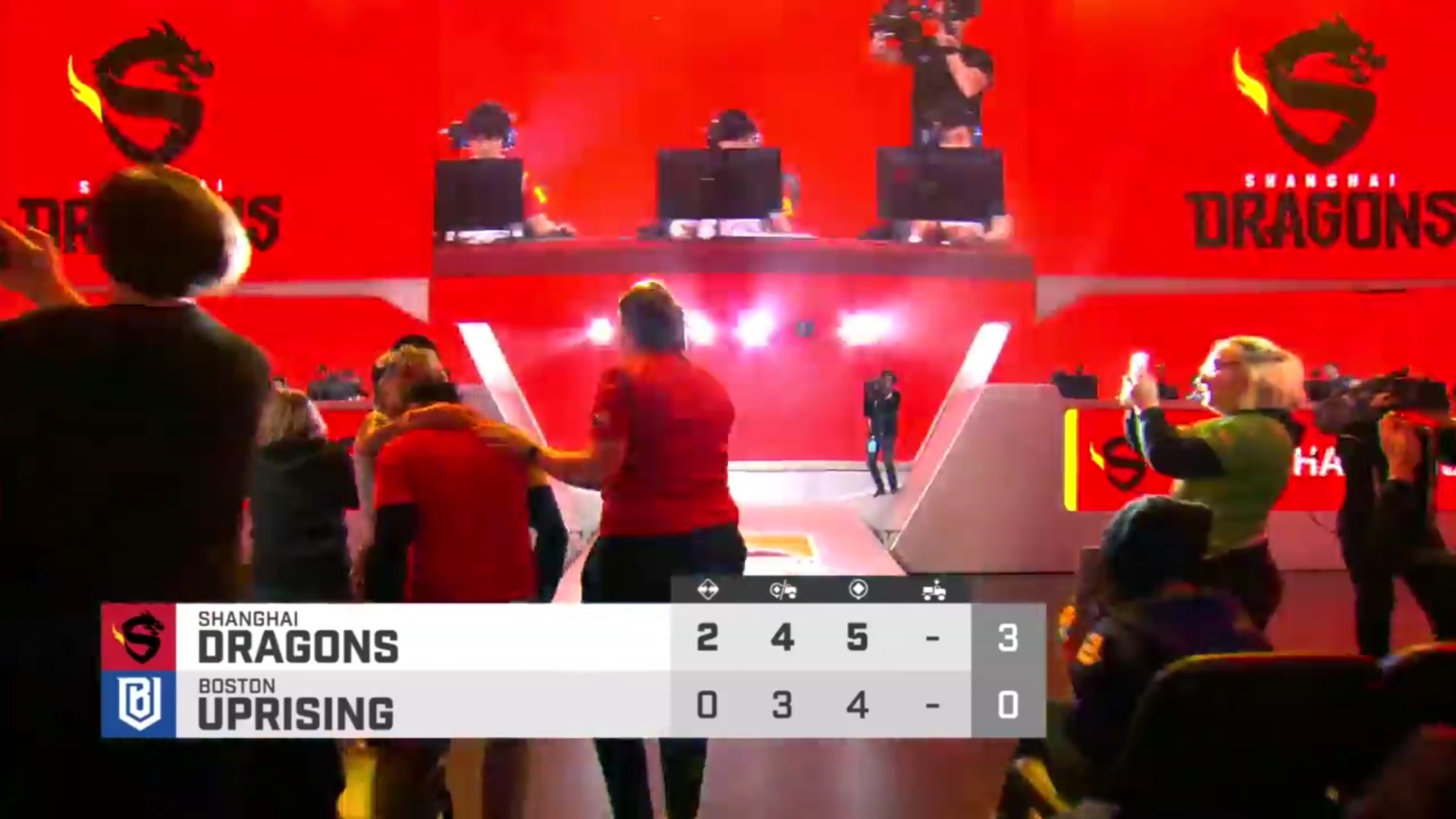 The Shanghai Dragons are, without a doubt, the biggest fan-favorite team in the Overwatch League at the moment.

Making their debut on the big stage at the start of last year, they became infamous for being the worst team in the League. While they did come extremely close to securing their first win in their matches against Florida Mayhem and Philadelphia Fusion, it wasn’t quite enough.

However, in their match against the Boston Uprising tonight, the Dragons finally clinched their first win by taking the first three maps of the set.

The Shanghai Dragons’ strategy was contingent on their Sombra play, which was required to counter the three tanks and three supports meta (also known as GOATS) currently prevalent in the Overwatch meta.

Boston began to show signs of life and started to counter the Sombra strategy a little better on the third map at Horizon Lunar Colony, but Shanghai managed to close out with a convincing 5-4 score line on that map.

It’s also worth noting that Gamsu, who had played for Boston in the first season, was signed to the Shanghai Dragons during the break. He proved to be one of the more reliable main tanks from last season, and his position on the Dragons team definitely helped to bring them to victory.

The Overwatch League is currently running, and you can catch the matches on the official Twitch channel.