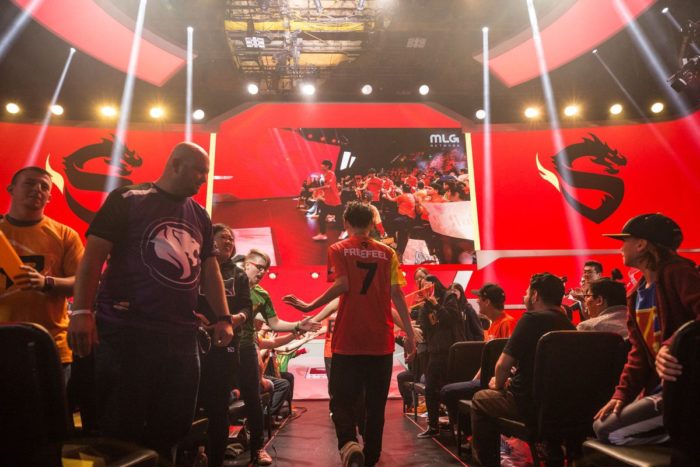 With every major sports league, there has to be a team at the bottom of the barrel. The same goes for the Overwatch League, and in this case, it’s indisputable that the Shanghai Dragons are the worst competitive team at the moment. The team has been mired in controversy ever since the roster was announced, with rumors of corruption and account sharing surfacing quickly. It wasn’t a good look, and while they were able to compete with Seoul Dynasty in the pre-season, their performance has quickly dipped in the regular one.

Despite a subpar showing against the San Francisco Shock and the Gladiators, it wasn’t until their next match-up with the Houston Outlaws that really cemented the fact that there was something fundamentally off with the Shanghai Dragons. The Outlaws are generally considered to be a mid-tier team, but it was a testament to how poorly the Dragons were performing when they got crushed in a 0-4 defeat. The Dragons were barely able to take any points in that week two match-up against the Outlaws, and were even full held on Junkertown — which, ironically, is also a feat that the under-performing Dallas Fuel managed to pull off.

0-4 defeats aren’t rare in the Overwatch League. It’s more of the fact that the Dragons were barely able to put up a fight that was so shocking to most viewers. Regardless of how your standings are, Overwatch League is supposed to be a showcase of the absolute best players in the world duking it out onstage, and there shouldn’t be matches that are as one-sided as this.

The Shanghai Dragons firmly solidified their last place ranking during their latest match-up with the Florida Mayhem, which is also one of the worst teams in the League. The Dragons were able to put up more of a fight this time around but still suffered a 0-4 defeat. Just like in the Outlaws match-up, they were also unable to complete any of the maps in the series.

There are lots of reasons that could contribute to why the Dragons are performing so poorly. The main one is that the roster doesn’t include any of the best Overwatch players China has to offer. Reportedly, none of the players on the Miraculous Youngster team (who went toe-to-toe with the South Korean Lunatic-Hai) were signed because their current coach, U4, was involved in cases of corruption where he decided on the roster himself and rejected the MY players. If the Shanghai Dragons aren’t equipped with the absolute best players from China, naturally they’re not going to be as competitive as they could be in the League.

Rumors that the Dragons had a rigorous training schedule also surfaced after it was mentioned during the Outlaws match-up. Supposedly, they were scrimming 15 hours a day. With that much training put into the game, you’d expect a bit more team cohesion during matches. Unfortunately, that didn’t seem to be the case as the support and tank players weren’t working well together, leading to them getting completely outclassed by their opponents. Clearly, these players don’t lack technical ability, but it’s possible their problems have arisen from incompetent coaching or their support players just not being at the same skill level as the rest of their peers.

Still, there is hope yet for this struggling team. Since the crushing defeat against the Outlaws, the Shanghai Dragons team manager has issued a statement to clarify their training conditions for the players, and how they hope to improve going forward.

A redditor has translated the statement as well:

‘We are very clear of our problems and we understand the current status of our team. We are also very grateful for all the suggestions from Overwatch players. We need time and space to tackle these problems. In the following days, we will focus on our teamwork, special training on all positions, the making and execution of game plans, mentality of players, and in-game communications.

These current issues will be given high priority in our daily training and we do not look for just grinding them out. We have had one session on mentality of players after last week’s games; and we will further assist our players on their mentality issues after today’s games, in order to let our players play with their true potentials with a peace state of mind.

We understand your concern on the training schedule of Shanghai Dragons in US. Here’s a simple explanation. Training starts 10:30 everyday and ends at midnight, which includes breakfast, lunch, dinner and breaks.’

Clearly, steps are being taken to ameliorate the situation, as the Dragons also recently announced that they were bringing on a new coach for the team. RUI served as the coach for Miraculous Youngster, and if incompetent coaching truly was the root of the Dragons’ problems, having a fresh set of eyes would certainly help to steer them in the right direction.

There will be a mid-season signing period in the Overwatch League, and this will be yet another opportunity for the Shanghai Dragons to pick up new players, and hopefully better support roles and a DPS player who can actually play Genji. So, not all hope is lost just yet. It’s been a hell of a rough start for the Dragons, and though they’ve yet to secure a series win in the League just yet, this is a long season, and there’s still plenty of time to improve and turn things around.