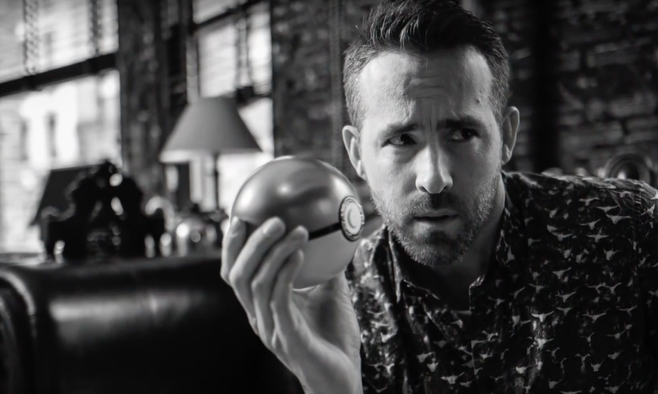 Most actors might not use extreme method acting to prepare for a voice role, but a new and totally not satirical video shows Ryan Reynolds was willing to go the extra mile for Detective Pikachu.

Streamed on YouTube by the actor himself, the video details the many lengths Reynolds went to so that he could improve his performance as the titular Pokémon.

This included crawling around on the ground to see the world from the same height as the character, trying to drop his weight down to 13 lbs. before doctors stopped him and reading up on lore related to the lightning-slinging pocket monster.

Of course, this didn’t come without a cost. Reynolds admits to low-key abandoning his children in order to master the role, much to the confusion and frustration of his wife. As such, she’s not too keen on her or her children seeing the movie.

The full video can be viewed in all of its tongue-in-cheek glory down below.

Slated for release on May 10, Detective Pikachu marks the first live action film set in the Pokémon universe and is a joint venture between Legendary Pictures, Warner Bros. Pictures and The Pokémon Company.

It follows the exploits of Detective Pikachu in his quest to help a young boy find his missing father, with plenty of adventures and cameos by some of the series’ most iconic monsters along the way.

Fans and critics alike have been praising the project since its first trailer was released. Many note the detail of its live-action CG Pokémon and its fleshed out world as promising elements already in the film’s favor.

For more on the upcoming film, check out the latest trailer featuring the first appearance of a live-action Lickitung. Likewise, check out the recent news that a sequel to Detective Pikachu is already in the works.