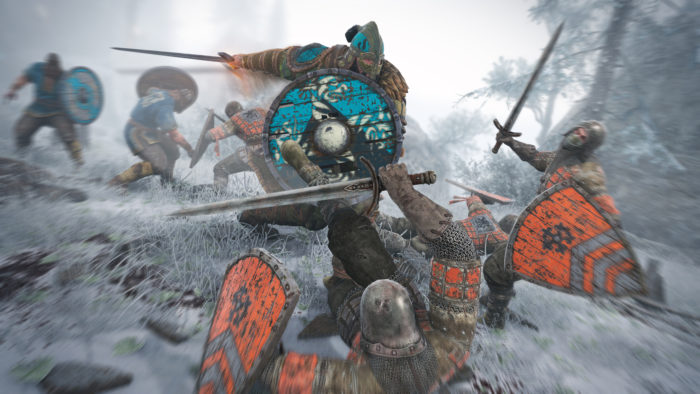 Is There a Single Player Mode in For Honor? Answered

Ubisoft’s For Honor has endured a bit of a rollercoaster ride since its launch in 2017. It was met with middling critical reception but enjoyed a substantial community of players, before that dropped sharply only months after release. But Ubisoft has since steadied the ship with exciting new content for what is now a thriving multiplayer experience. But is there a single player mode in For Honor? We’ve got your answer.

While For Honor was always billed as a primarily multiplayer game, there is actually a single player campaign. You don’t have to venture out onto servers and play competitively if you don’t want to.

That being said, there’s not a great deal of substance to the various campaigns. Essentially, you play as either the Orachi, Warden, or Raider across chapters that are comprised of six or separate missions.

During the course of each chapter, you’ll switch perspective between different characters, which feels more about giving you chance to use different classes than it is about serving the plot.

The stories are connected, despite being based on warriors from different cultures. But it’s a pretty linear affair in all and you’ll almost exclusively be storming through enemy forts killing whatever is in front of you. Don’t expect a particularly compelling story; it’s all about the combat.

That’s everything you should need to know about whether there is a single player mode in For Honor. For more information on the game, be sure to search Twinfinite.

Question: Is there a single player campaign in For Honor?

Answer: Yes, there is a campaign that comprises three chapters in which players will work their way through a linear story. You’ll get to use each different type of warrior and try all the various classes in the game.