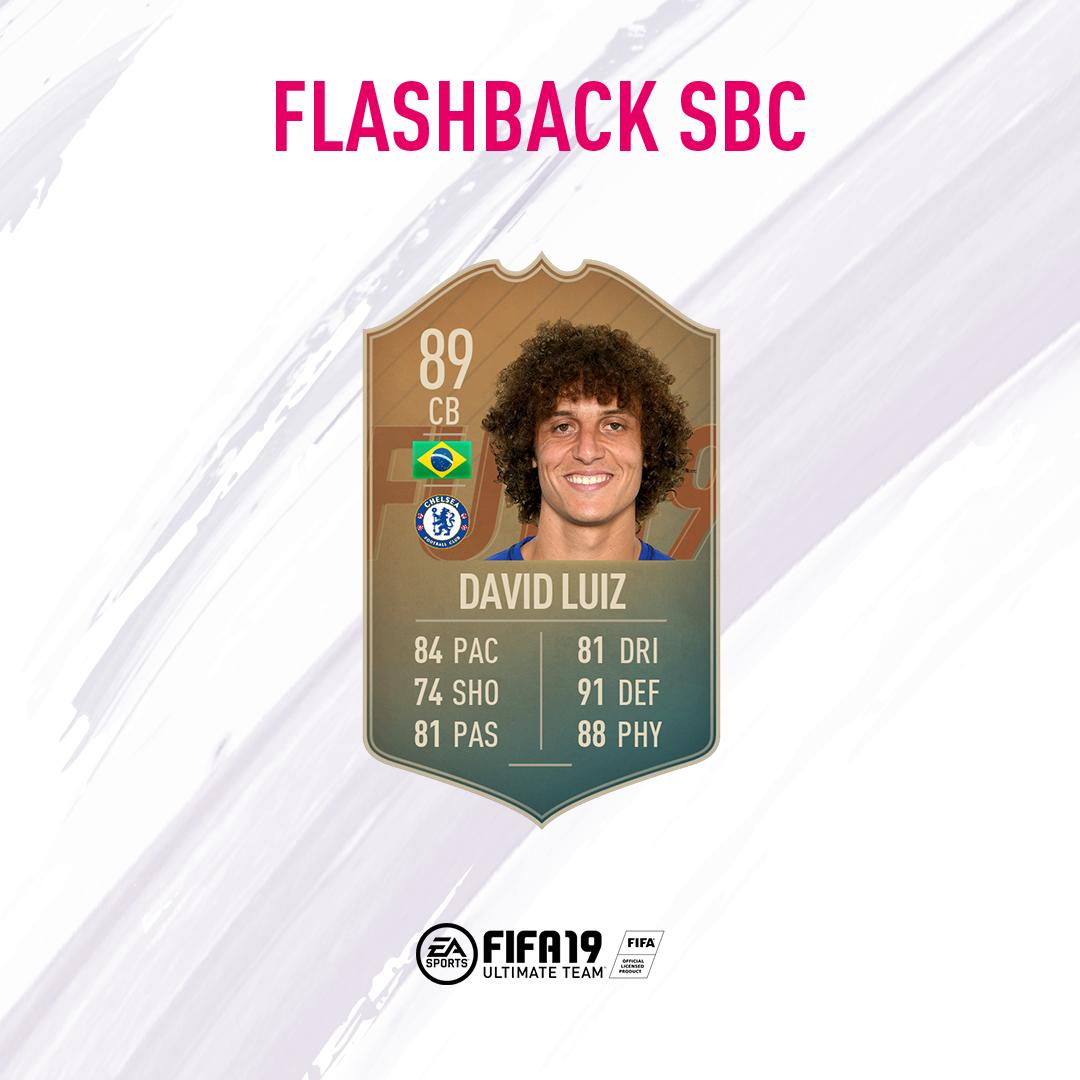 How to Complete Flashback David Luiz SBC in FIFA 19

Joining the Prime Icon Moments players, Ones to Watch Winter cards, and Rating Refresh content is a new Flashback player SBC. Here’s everything you need to know about how to complete Flashback David Luiz SBC in FIFA 19.

David Luiz has been a fan favorite in FIFA for years, especially since his famed CDM card a few years ago. The new SBC requires three squads, and it will come in at about 300k all together. Here are all the requirements.

Thankfully, these three squads in the FIFA 19 Flashback David Luiz SBC are quite easy to complete. You should note that all 84, 85, and 86 rated players have spiked significantly in price due to the Base Icon SBC.

For all three squads, you should just just pick a league and build a squad based around it. You might be able to get away with using the Liga Nos for part of the 84 rated squads in the FIFA 19 SBC, using the likes of Brahimi, Jonas, and Pepe, since they’ll be cheaper, but you’ll need to stick to a major league for the 85 rated squad.

The Premier League has the most players available, and more high rated players now that the Rating Refresh has been released, but you could use the Serie A or La Liga instead.

For the Premier League part of the FIFA 19 Flashback David Luiz SBC, you should use a TOTW player from the current squad, since they’re actively being packed, keeping their price down.

Since the chemistry requirement is 80 for each of the squads, you should be able to just slot the Chelsea/Premier League/Brazil players in wherever you want. Kepa will be a great choice for the Chelsea players, and he’s now an 84 rated card.

Be warned, though, that the Flashback David Luiz SBC player image that EA Sports tweeted out is not the same as the one in game; you can check the real one out here. It might be upgraded later, however, depending on which one is the error.

That’s everything you need to know about how to complete Flashback David Luiz SBC in FIFA 19. For more tips and tricks on the game, be sure to check out our FIFA 19 wiki guide.