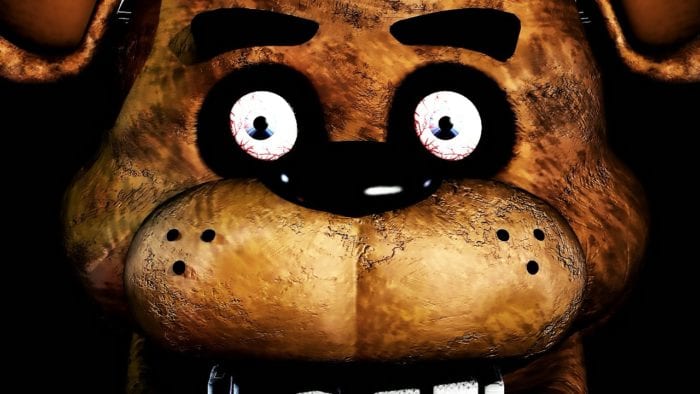 Five Nights at Freddy’s just refuses to die. No matter how many times Scott Cawthon seemingly ends his franchise about murderous Chuck E. Cheese’s animatronic rejects, he just keeps coming back for more.

One of the more recent titles rated by the Entertainment Software Rating Board is a little game called Five Nights at Freddy’s VR: Help Wanted. Most gamers have probably never heard of this particular entry before now, and while I am tempted to say Cawthon has not officially announced the title yet, the man has a history of hiding clues about his upcoming projects in the source code of his website and on its main page. I will not be surprised if someone soon discovers an insidiously-concealed message and image that lurked on Cawthon’s website for months and hints at FNAF VR.

Going back to the game at hand, the ESRB gave Five Nights at Freddy’s VR: Help Wanted a “T for Teen” rating because of fantasy violence. More importantly, the ESRB provides the following summary:

This is a VR puzzle/horror game in which players assume the role of a repair person tasked with monitoring/repairing animatronic characters at a pizzeria. From a first-person perspective, players explore dark hallways, complete puzzles, and try to avoid menacing, malfunctioning animatronic figures. The game contains frequent screams and jump scares, with the words “You Are Dead” appearing on screen after players are attacked.

The ESRB page also states the game will release on the PlayStation 4, which is odd since most FNAF games release on PC first and Cawthon previously talked about an upcoming FNAF VR game on the Ultimate Custom Night Steam forum.

While the unintentional announcement doesn’t include a release date, odds are good the game will be available very soon. After all, Catherine Classic released on Steam barely a week after its ESRB page was updated to include a rating for a PC version.

Regardless of when Five Nights at Freddy’s VR: Help Wanted will release, gamers can look forward to more scares, secrets that expand on the ever-developing FNAF mystery, and streamers screaming at pixelated robots. Only time will tell if the game eventually creeps onto PC.